Spy shots of KTM's latest test mule have surfaced on the interweb. The talking point in these pictures is the parallel twin engine that's quite clearly visible. In an exclusive interview with OVERDRIVE, during the 2014 Auto Expo, KTM boss, Stefan Pierer, had confirmed that the company is developing an all new, twin cylinder, 500cc and 800cc bikes in India. He also said that given the prohibitive import duty structure in India, manufacturing 500cc and 800cc bikes in the country will turn out to be more cost effective. It also helps the company price the motorcycle competitively in a price sensitive country like India, case in point being the highly successful 390 Duke. 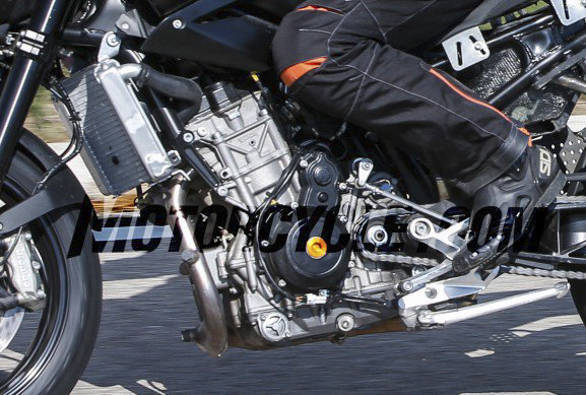 The motorcycle seen here could be the Duke 890 or the Duke 590. In the image, the engine appears to be a liquid cooled unit with a compact architecture. It may also feature ride-by-wire fuel injection.  The two into one exhaust has a conventional muffler to comply with strict Euro emission norms. 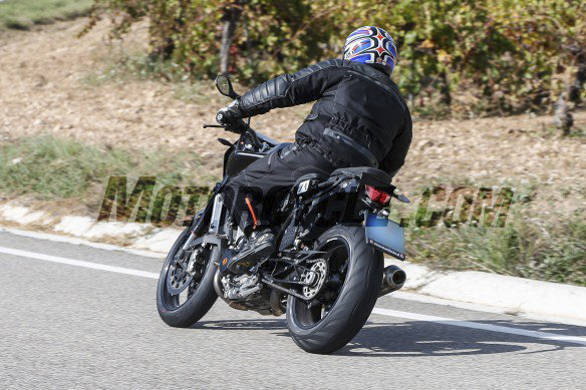 The images also reveal a new steel-trellis frame. The headlight and tail lamp, however, resemble the units on the KTM 690 Duke.  The front brakes come with radially mounted Brembo Monobloc calipers. The bike employs WP upside down forks up front and a monoshock at the rear. 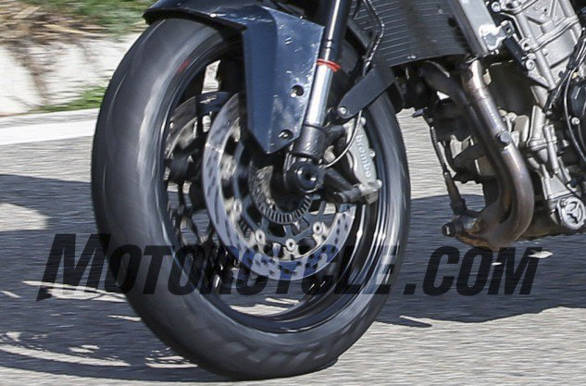 This all new platform may also spawn KTM's new range of adventure bikes. The company is set to revamp its production line and we expect to see the new bikes in 2017.