Images of the Maruti Suzuki Swift Dzire without any camouflage have appeared on the Internet ahead of its May launch in India. Production of the car recently began and these images give us a good idea of what you can expect to see in the car. From the front, the new Swift Dzire doesn't look as sporty as the 2017 Suzuki Swift, which will launch here at the 2018 Auto Expo. That's because of the new bumper. The Swift gets a large single-piece hexagonal grille while the Dzire gets a two-piece grille which is split horizontally. The Swift's fog lamp enclosures are connected by a plastic cladding that runs under the grille, while the Maruti Suzuki Swift Dzire's fog lamps are isolated. There's also more chrome in the Swift Dzire with chrome garnishes around the grille and the near the fog lamps. Everything else, like the new headlights with LED DRLs, is similar to the Swift. 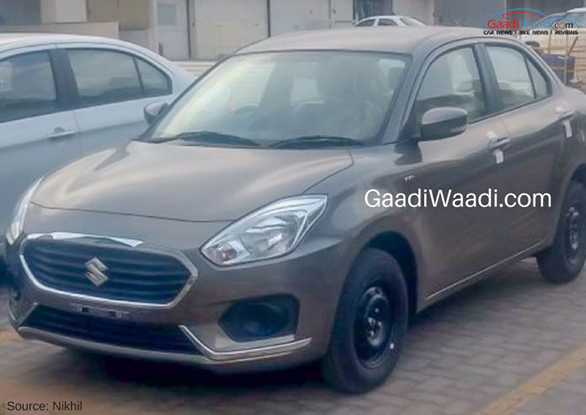 The side profile is quite different too from the Swift, especially with the new roofline. Unlike in the Swift, the Swift Dzire's windscreen slopes further back, and thanks to the boot, the C-pillar isn't vertical. It loses the floating roof, and the shapes of the doors are new too. The new Swift's wheelbase is 20mm longer than before, and we expect it to be the same for the new Maruti Suzuki Swift Dzire. This means we can expect a more spacious cabin than in the current-gen Swift Dzire. The rear end of the car looks very different thanks to new lights and a new boot design which features an integrated lip spoiler. 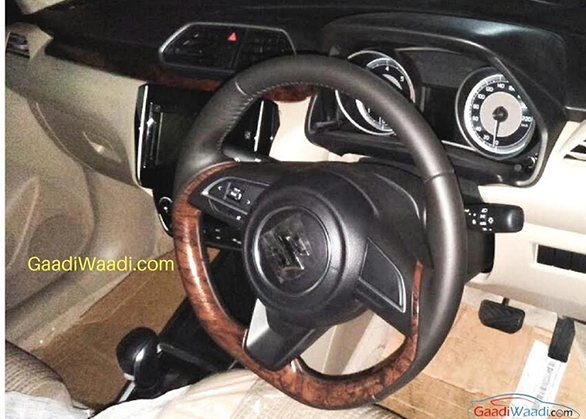 The Maruti Suzuki Swift Dzire's cabin sees significant change from the upcoming Swift too. While it gets the same steering wheel, the dials and the same dashboard structure, the design elements are different. Although the dials look the same, the shape of the instrument cluster housing is different, while the central AC vents are trapezoidal instead of circular. The Swift Dzire also gets faux wood garnishes on the steering wheel and across the dashboard, which look rather tacky. It also gets a more basic-looking climate control unit, while the Swift gets a more premium unit with the display placed within the control dials. The 2017 Maruti Suzuki Swift Dzire will get auto headlamps, which can be seen on the headlight-control stalk.

We expect the 2017 Maruti Suzuki Swift Dzire to come with the same engine options as the outgoing model. This means a 1.2-litre K-Series petrol engine which produces 84.3PS and 115Nm, and a 75PS/190Nm 1.3-litre Multijet turbo diesel. Both will get 5-speed manual, while the diesel will also get a 5-speed AMT option.