The upcoming, 2017 Mini Clubman All4 (AWD) , was caught testing today, in the icy locales of Arvidsjaur. The car was barely camouflaged since the company had already revealed it earlier last year. 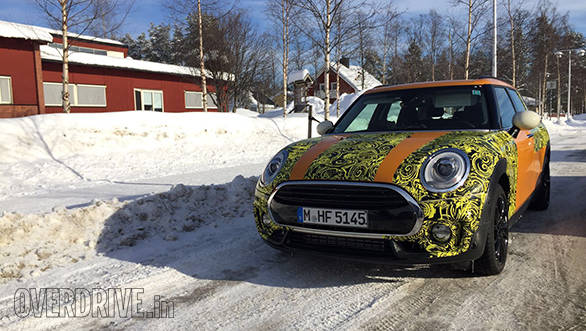 The new Mini Clubman is a proper five-seater and looks quite large. The front end resembles the Cooper's while side profile looks like Mini has simply stretched the little Cooper. The headlamps are LED units. The roof line is taller too and comes with a panoramic sunroof. The rear is characterised by split opening doors, a trait on the Clubman since 2008. The overall length, width and height of the Clubman is 4,274mm, 1,800mm and 1,440mm respectively. Visually, the Clubman All4 appears similar to the front wheel drive version, but the badging on the front and side panels will be the key differentiators. 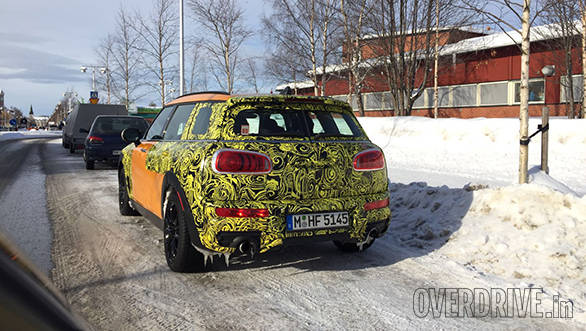 For the AWD model, the propellor shaft extends from the front differential while a new rear differential, with an electro hydraulic clutch, directs power to the rear wheel when required. The company says that the new Mini Clubman All4 can handle harsh weather conditions as well as offer the quintessential Mini driving experience (read go-kart like handling).

The engine options will be similar to the units in the standard, front wheel drive variants. There is a 134PS, three cylinder motor in the regular Clubman while the 189PS, 2-litre engine is available in the Clubman S. There's an eight-speed automatic on offer in case you don't want the involving six-speed manual. 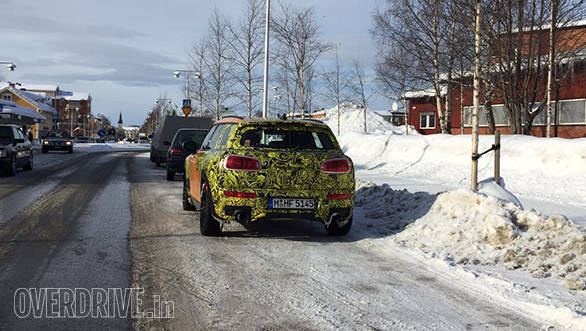 The Mini Clubman All4 boasts 495 litres of boot space with the seats up. Fold the rear seats and cargo space increases to an impressive 1356 litres. This has been achieved by ensuring the AWD system does not eat into interior space.

Mini may consider launching the Clubman All4 in India too.