It is already known that BMW has been developing a new-gen 8 Series sedan to revive the model plate as well position it as a flagship offering. The German car maker had already shown the concept earlier that gave a strong hint of the design and features of the upcoming 8 Series. And now fresh images of the production-spec version of the 8 Series have surfaced online. 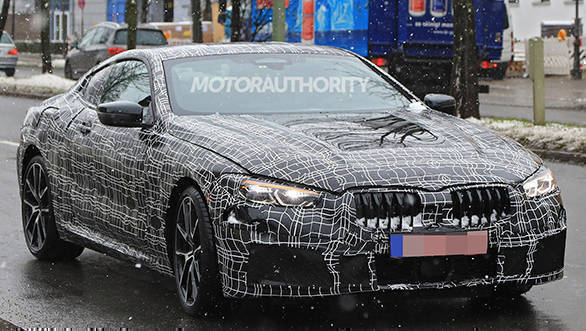 The 2020 BMW 8 Series will be a flagship offering

The new-gen BMW 8 Series Coupe will be an important model as it will compete with the S Class Coupe and Cabriolet, in the uber niche flagship battle. It will also lock horns with the Bentley Continental GT and the next-generation Maserati GranTurismo. The 8 Series is believed to be based on the same lightweight semi-carbon-fiber platform as the present 7 Series but with certain tweaks. The test modes of the new BMW 8 Series do not reveal much as they are heavily camouflaged. However, we expect the upcoming coupe/cabriolet to lean on the styling of the BMW Pininfarina Gran Lusso Coupe concept that was revealed four years ago. Unveiled at the Concorso d'Eleganza Villa d'Este, the BMW Pininfarina Gran Lusso was a one-off concept that represented Pininfarina's interpretation of how an exclusive high-end luxury BMW should look. 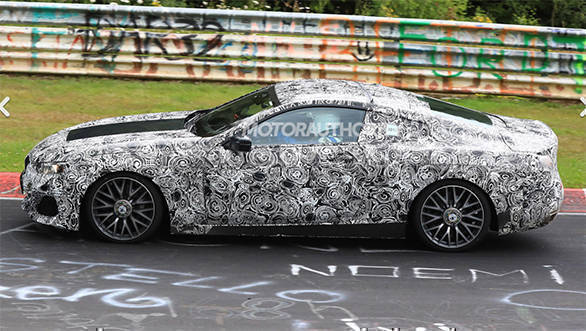 BMW has not officially revealed any information about the mills that will doing duty in the upcoming 8 Series. However, the company has already filed trademarks for model names 850, 860 and M850.This has led to speculations about the new 8 Series being powered by either a V8 or a V12. The latter will be the same 600PS V12 twin-turbo 6L that is offered on the M760i xDrive while the M8 will make use of the 4.0-litre V8 that is offered on the new-gen M5. 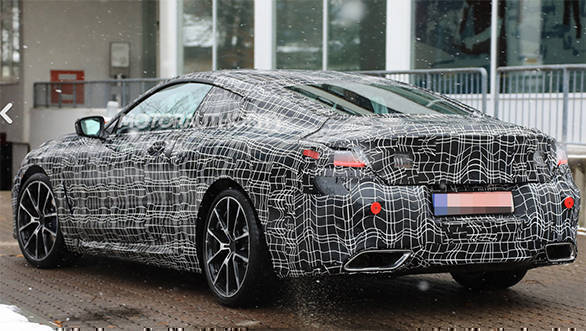