Just days before its unveil at the upcoming Geneva Motor Show 2016, the Aston Martin DB11 has been spotted without any camouflage. The test mule was spotted at a fuel station in Arvidsjaur, Sweden. 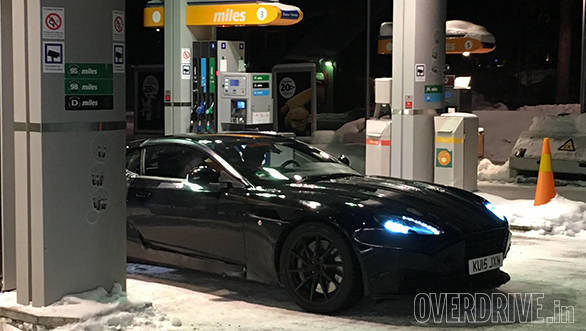 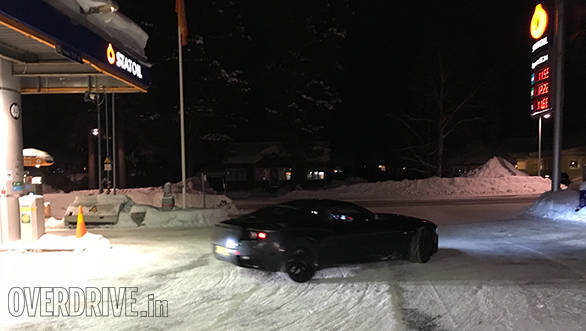 While visually the car looks similar to other Aston Martin models, there are subtle changes which indicate the fresh design language that the Brit marque will be using henceforth for its future models. The signature grille is flanked by bigger headlamps and is nowhere close to the DB10 model that was used in the movie Spectre. We expect the new DB11 to have refreshed interiors from the traditional Aston layout. 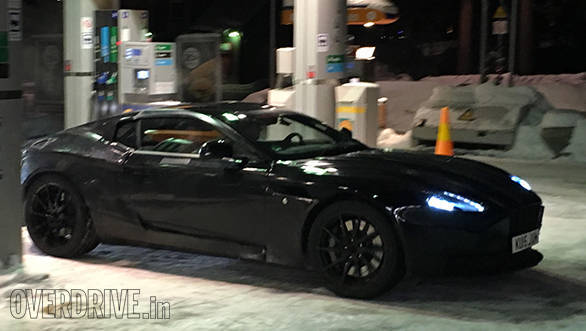 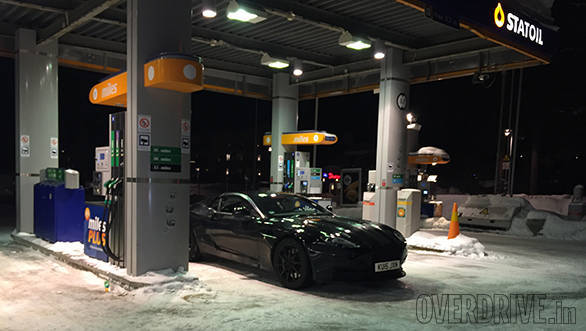 Reports suggest that the new Aston Martin DB11 will have a twin-turbo 5.2-litre V12 engine which should be good for 610PS. It is likely that the DB11 in the future will also have a plug-in hybrid and AMG fettled motors. More details of course will be available at the Geneva Show in a few days.