The upcoming BMW M5 facelift has just been snapped testing with a quite a few visible details. Although the car is covered in camouflage wrap, the images reveal new headlights, the roof and the A and B pillar. The test car also had the M5 competiton package black wheels, and the M Division's trademark blue calipers. 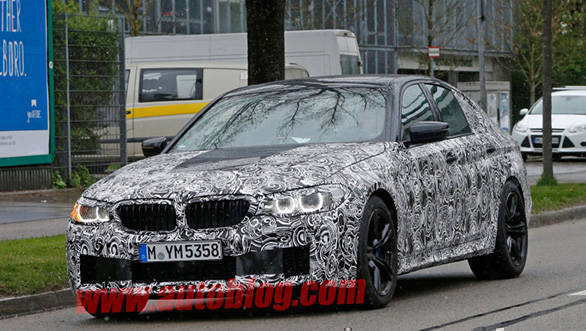 The updated LED headlamps are squared off and the front end looks like it has received a few minor tweaks. The kidney slightly grille appears larger than the current M5. The air dam too looks a little broader than those on the previous car and there are new mirrors too. The changes to the rear are not as clearly visible for now. The turn signals look new, which hints that the new M5  may get new tail lamps. The rear bumper could also feature a few tweaks, especially the area above the quad exhaust pipes. 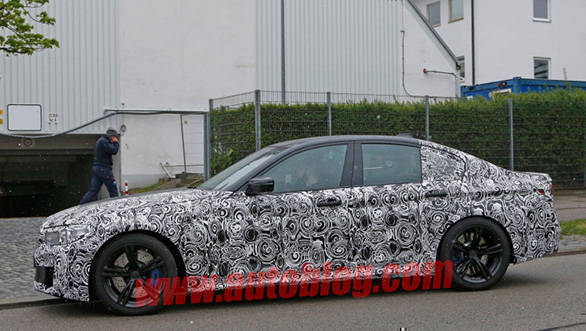 The BMW M5 has always been the company's flagship sports saloon. It is a sleeper since at fist glance it appears as a sedan, cloaking the firepower that lurks underneath.

The current car is powered by a 4395cc, TwinPower Turbo V8 engine that develops 560PS and and a gut wrenching 680Nm. Those are supercar figures! BMW claims the M5 can sprint from 0-100kmph in 4.3 seconds. That's fast for a comfortable four seater. There is no word on whether the new M5 will get a bump up in power. 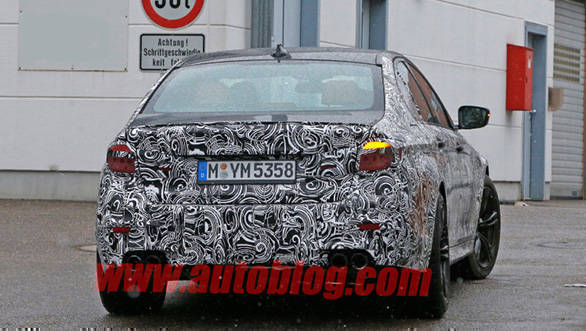 Expect the new car to also get the entire suite of driver aids which include, Heads Up Display (HUD), iDrive Touch Controller, Camera systems and Active Protection (detects driver fatigue and prompts a break).

The current BMW M5 is on sale in India and expect the new car to hit our shores soon after the launch internationally. Watch this space for a detailed review when that happens.