The spy shots of the Fiat Linea powered by Abarth have surfaced on the interweb. Following the launch of the Abarth Punto and the Avventura, the Linea with an Abarth heart was snapped at Fiat's Ranjangaon facility. 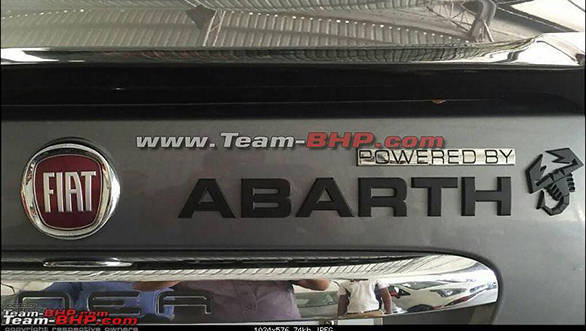 The image clearly shows the Powered by Abarth branding that's slapped on to the boot, just above the chrome garnish over the number plate. This logo is similar to the one that's placed on the rear door of the Abarth Avventura.

While the Abarth Punto gets a 1.4-litre T-Jet engine that produces 145PS, the unit in the Avventura gets the same motor but in a slightly lower, 140PS output. As of now there is no word on the power output of the engine in the Abarth Linea, but whatever that may be, at launch the Linea will be the most powerful petrol sedan in the segment.

Fiat Chrysler Automobiles India (FCA) may provide the engine in the top spec, Emotion trim only. Expect the car to be launched by early next year.