The Honda CBR 650F was spotted being ridden at the Buddh International Circuit in Delhi and this particular motorcycle seems to be part of an ad shoot for the expected launch in July this year. The CBR650 F was showcased by Honda Motorcycle & Scooter India Pvt. Ltd at the 2014 Indian Auto Expo.

The bike will be powered by an inline four cylinder 649cc liquid-cooled fuel injected engine which produces 87PS of power at 11,000rpm and 62Nm of torque at 8,000rpm. It will be mated to a 6-speed transmission.We also will be seeing an underbelly exhaust, the first on an Indian Honda bike. 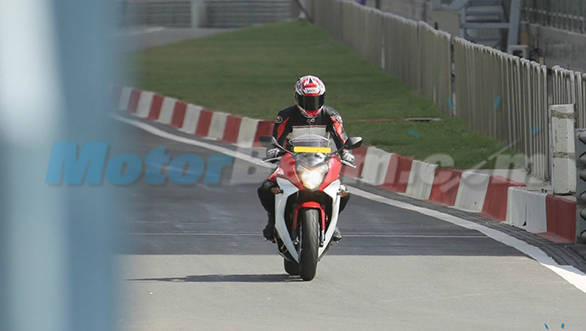 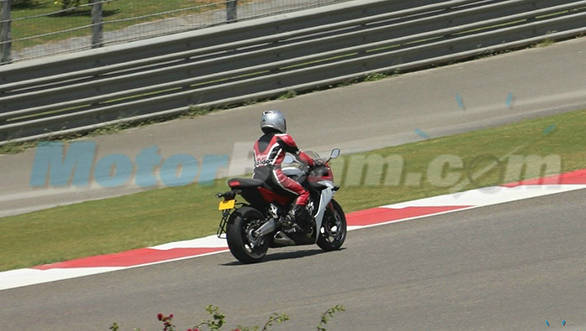 With features like the 17 litre fuel tank, single seat instead of the split seat option and the comfortable riding position, we expect the CBR 650F to a be an able track tool as well as to provide decent comfort for highway and daily use.

It is the first high performance bike to be brought in by Honda through the CKD route. However, localization will only be five per cent in the beginning, with the number expected to go up in the future. 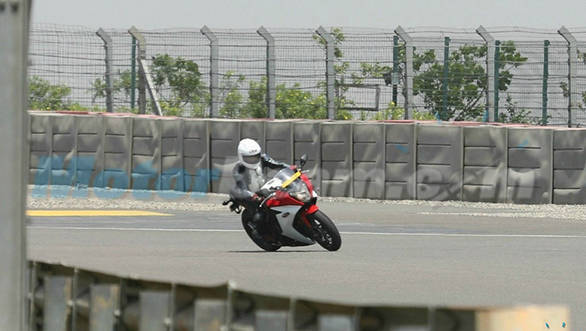 The Kawasaki Ninja 650 is available at Rs 5.37 lakh while the naked Z800 is priced at Rs 7.50 lakh ex-showroom Delhi. It will be interesting to see how the Honda CBR 650F will fare since the current expected prices (Rs 7-8 lakh) are very high in comparison with the competition.

We also expect the CBR500 R sports tourer to be launched in India by July 2015.