Mahindra recently unveiled the KUV100, and its teaser video has been airing on television and YouTube incessantly. While we know what the exterior looks like, Mahindra hasn't given any specifics on interiors of this new compact SUV. We recently spotted a camouflaged KUV100 near Pune and managed to get some clear shots of the dashboard and the seating. 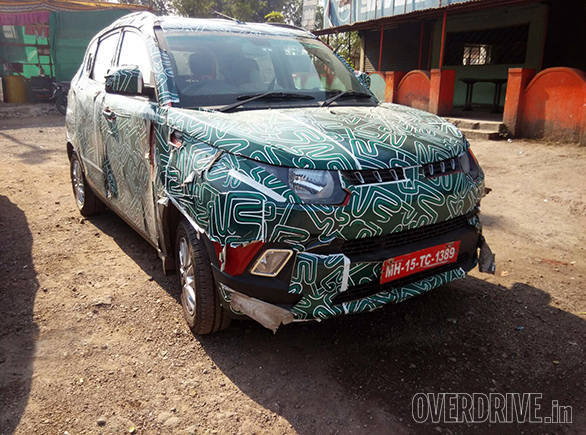 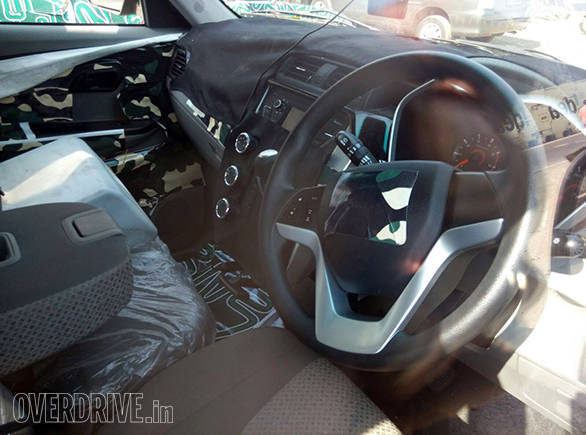 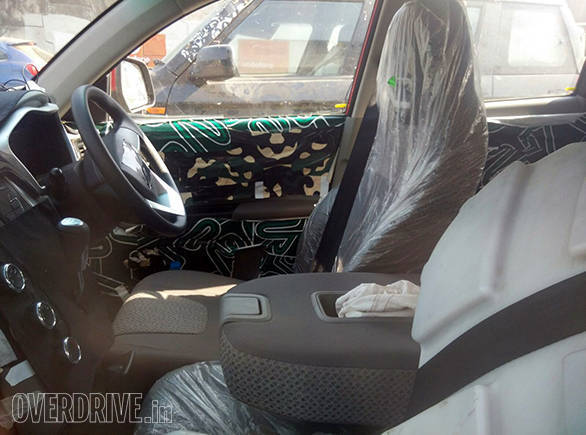 The front seat seems to draw maximum attention. Although it is similar to the ones seen in the Datsun Go and Go+, the mid-section of the KUV100's seat also folds down to serve as an arm rest and a small storage space. While three people can technically sit in the front, the middle seat seems to have received the Death Proof-treatment because there don't seem to be any seatbelts for that portion of the seat. Mahindra does intend on marketing the KUV100 as a proper five-seater because the rear seats have three head rests instead of just two. 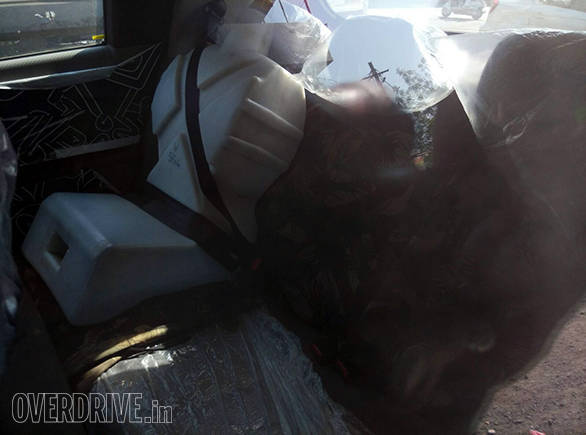 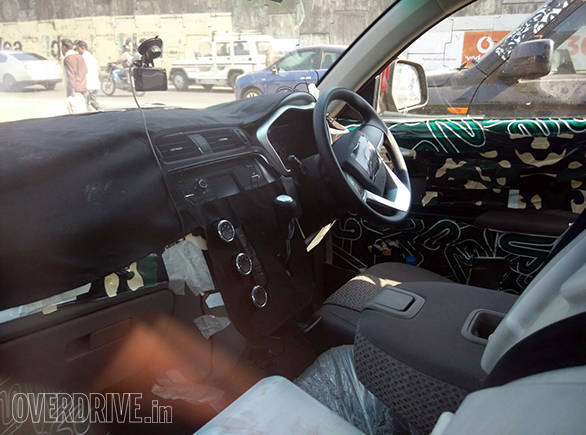 The simple dashboard seems well laid out with big, easy-to-use buttons. Like the Datsuns, the KUV100 gets an umbrella-type handbrake lever and a dashboard mounted shift stick for easy ingress and egress. The KUV100 also gets a monochrome infotainment system, similar to the TUV300, as well as steering mounted controls.

More from OVERDRIVE on the KUV100: