The all-new Mahindra TUV300 will be launched in India on September 10, 2015 and we will be driving it soon. While there are many spy images of the SUV on the interweb with camouflage, this is the first time that the vehicle has been spotted sans a disguise. A Teambhp reader i74js spotted the TUV300 in Bikaner, a setup which looks like a photoshoot for this new car. 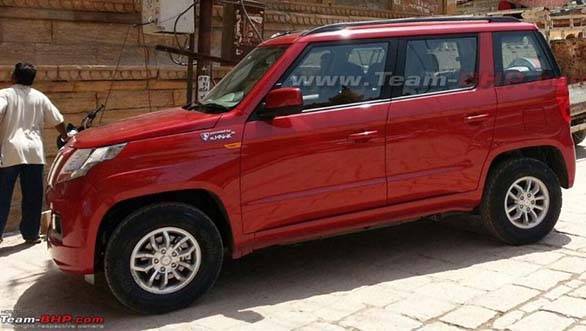 The Mahindra TUV300 has a boxy design, however the grille looks a lot like the ones from the Jeep brand of vehicles. The SUV runs on 17-inch alloy wheels. The rear three quarter looks similar to the Mahindra Quanto with the wiper and there are reverse parking sensors on bumper. The covered spare wheel is externally mounted on the boot. 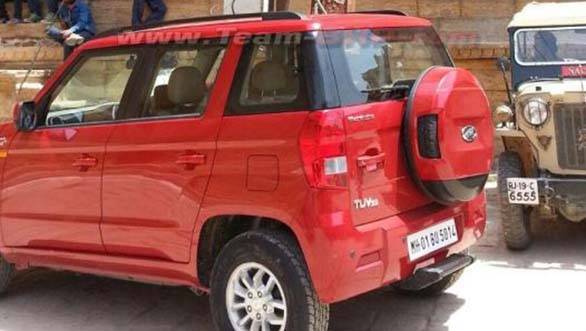 Inside, from the previous spy shots, it can be seen that the TUV300 will have a touchscreen infotainment system, new steering wheel with audio controls on it and a black dashboard with silver inserts. The TUV will be offered in a 7-seater configuration with the last row being jump seats. 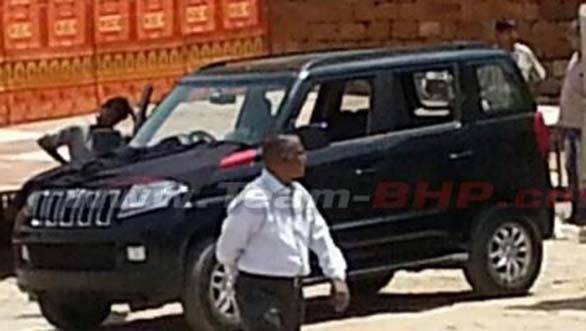 Powering the new Mahindra TUV300 will be a detuned version of the 1.5-litre diesel motor that runs the Quanto. This likely 80PS motor will most probably lay claim to a high fuel efficiency number. The TUV300 will be paired with a 5-speed manual gearbox which will send power to the front wheels. An AMT version is also been speculated.

For more stories from OVERDRIVE on the new Mahindra TUV300, click here