Ahead of the Maruti Suzuki Vitara Brezza's launch on March 8th, the all-new compact SUV was spied on the DND flyway in New Delhi today. We believe the convoy was on its way to promotional shoots.
The Vitara Brezza will be available only with a single engine option. The engine in question is the 90PS/200Nm 1.3-litre Multijet. It will be mated to a manual transmission. Maruti intends to launch the petrol variant at a later stage while there is also an AMT in the offing. 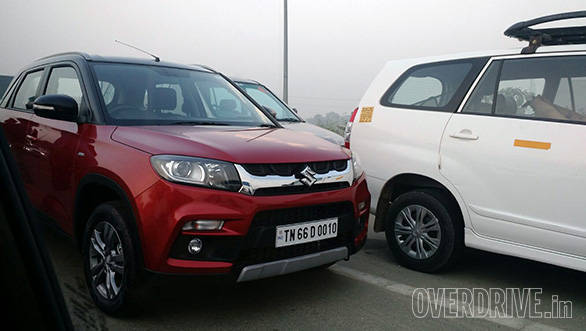 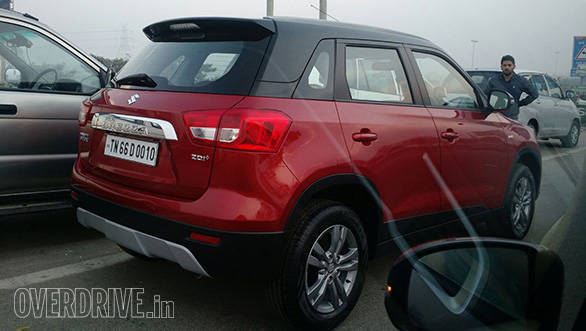 There will be six variants of the Vitara Brezza with even the base trim offering a driver airbag. The Vitara is also the first car in India to get a homologation certificate for off set crash compliance. Other safety features like ABS, passenger airbag and EBD will be optional on the base trims and standard on the ZDi(O). The latter will also get a separate tone for the roof. Other features in this trim of the Vitara Brezza also includes 16-inch alloys, Carplay-enabled touchscreen infotainment system, projector headlamps, LED DRLs and remote boot release. 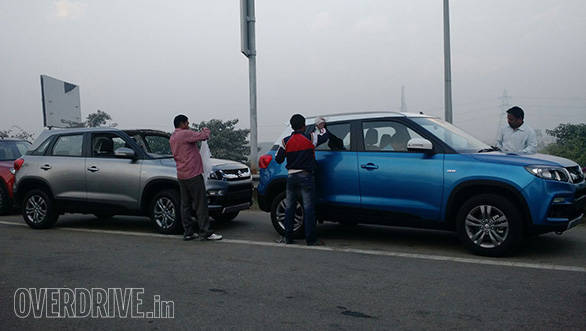 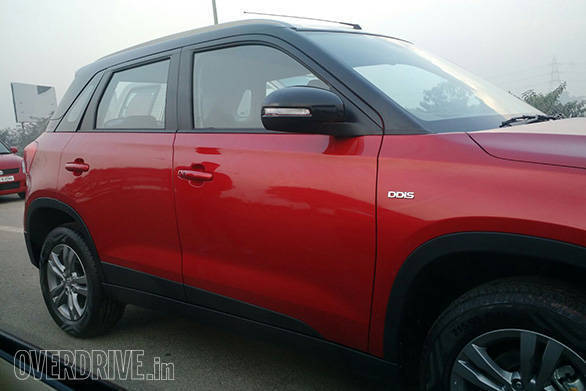