The Internet is at it again! It's believed that Suzuki is working on a new S-Cross and the Interweb is abuzz with the images of the first production shots already. According to a report in Paultan, the leaked images are from a dealership conference in France. 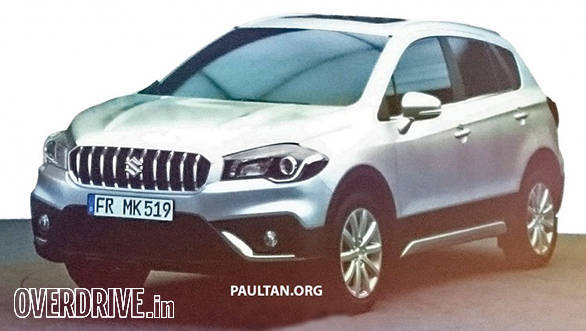 The new Suzuki S-Cross will get an updated design. More importantly, the new S-Cross will not borrow heavily from the SX4, like in the current model, but will feature a prominent grille with vertical slats, new headlight assembly with projectors and a redesigned front bumper. The spied images do not highlight any changes on the side and the rear which might be retained as is from the existing model.

As seen from the spied images, the cabin layout hasn't received a drastic update either, savet for a minor tweak in the instrumental cluster which gets a new multi-information display. The new S-Cross might also get a revised colour scheme for the interior trims and also new seat upholstery with a different colour of stitching. 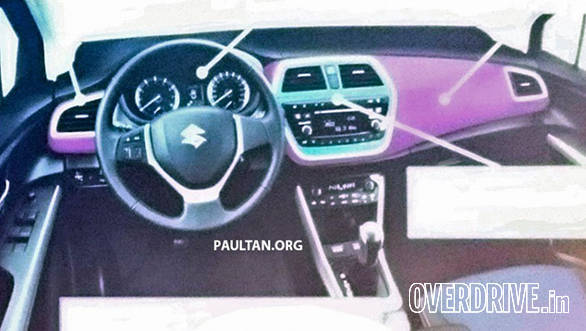 Maruti Suzuki sells the S-Cross with two engine options, the DDiS200 and the DDiS320. The former makes 90PS of power at 4,000rpm and generates 200Nm of torque at 1,750rpm while the latter makes 120PS of power and 320Nm of torque. Both the motors are offered with a six-speed manual transmission. The international-spec version sold in Europe, comes with 1.6-litre petrol and diesel engines. Suzuki might also offer the new S-Cross with the new 1.0-litre Boosterjet engine.