While the Interweb was abuzz with images of the new TVS-BMW co-developed motorcycle, closer home, the Hosur-based manufacturer is testing the updated RTR 180. OVERDRIVE reader, Nicholson Fredrick spotted this mule testing near Bangalore. The motorcycle is expected to be in showrooms sometime this year. 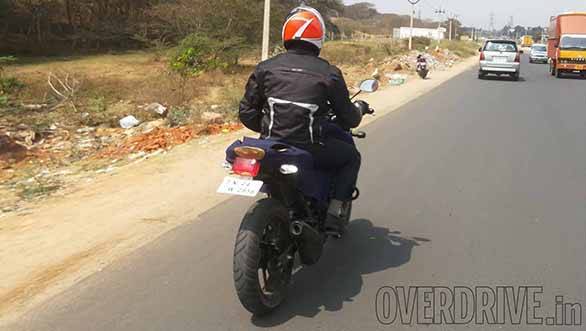 While details on the new Apache RTR 180 are scarce at the moment, from the images, it seems the new Apache will definitely have a monoshock suspension at the rear. It will get the same turn indicators as seen on the current model. The tail lamp though is a dummy one and is expected to be a fresher design when the motorcycle actually hits the roads. 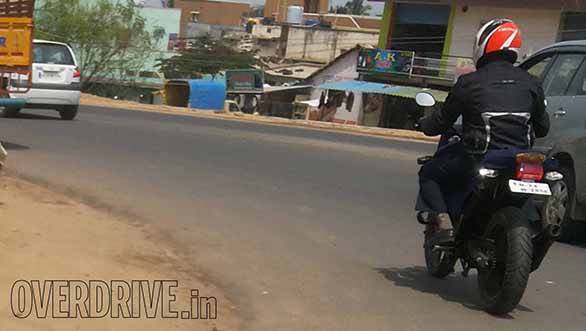 On the engine front, the 180cc engine from the current RTR 180 is expected to get fuel injection and an oil-cooler. Expect a slight increase in power too. Currently the Apache makes 17.3PS of power and 15.5Nm of torque. The styling will toe the same lines as the Draken concept showcased at the expo last year. It will also have a rear disc brake and ABS. Our source tells us that TVS chose not to bump up cubic capacity for the updated Apache as this will directly correspond to increase in the expected price of the motorcycle. With the TVS-BMW bike suggested to be a 300cc, there wouldn't be much of a price difference between the two and hence the company has continued with the 180cc configuration.

The RTR series has always been known to comprise of sporty motorcycles that don't compromise on comfort. The new motorcycle looks like it will continue the tradition but with some more refinement thrown in. Expect word from TVS on this bike soon.