The Royal Enfield Himalayan has been in the news for quite some time. First, pictures of it surfaced while it was caught on test in Gummidipoondi in Chennai. Then it was photographed on a production line. Now, the production version has been caught on camera and that too without any camouflage. 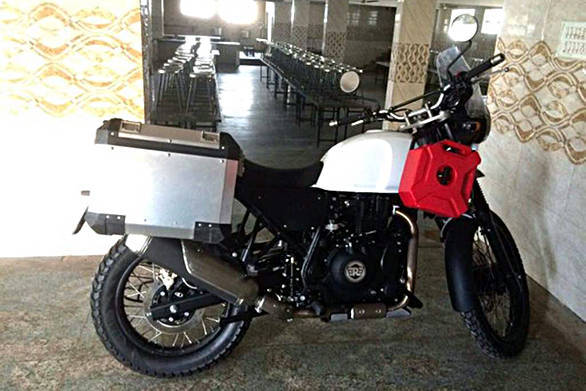 The excitement surrounding this yet-to-be launched motorcycle is understandable as it is an all-new Royal Enfield model and is expected to be an affordable adventure tourer. Once launched, we should see the Royal Enfield Himalayan priced around Rs 2 lakh.

The Royal Enfield Himalayan gets a new double cradle chassis with a monoshock at the rear and long travel forks up front. It will be powered by an all-new 410cc single cylinder engine that is expected to be mated to a 6-speed gearbox. The engine is expected to make around 30PS and 40Nm and will be rubber mounted to reduce vibrations. 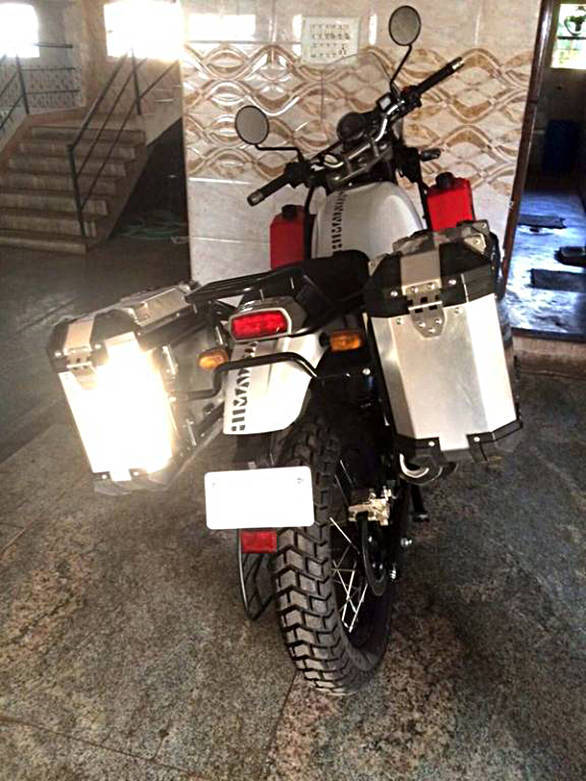 The pictures clearly reveal the Royal Enfield Himalayan will get minimal bodywork along with a luggage rack at the rear. The production version is equipped with off-road capable tyres and disc brakes on both wheels. The rear disc is mounted on the right side making room for the sprocket on the left, another first for a Royal Enfield.

The Himalayan is touted to be an adventure tourer and these new images confirm that. The upswept exhaust, high ground clearance and wind screen, all hint at its adventure touring characteristics. The test motorcycle was equipped with luggage cases and jerry cans. It's unclear if Royal Enfield will offer them as accessories. Previous spy pictures also point at more than one trim on offer. Expect Royal Enfield to showcase the Himalayan at the 2016 Auto Expo