SsangYong to get a new brand identity by 2016

Mahindra & Mahindra owned Korean car maker SsangYong is undergoing a rebranding exercise and will change its logo by 2016 which is a year earlier than its planned entry in to U.S SUV market in 2017. This will be the company's fourth rebranding since its inception in 1954 as Ha Dong-hwan Motor Co.

The rebranding is coming after nearly 30 years and aims to provide a fresh appeal to the brand which has a history of labour disputes and frequent change of owners. Mahindra will offer full support to the rebranding process but will not include the 'Mahindra' in the new name said a company source. The Korean company has already started to take opinion from employees and is conducting surveys at its overseas facilities. A public participation exercise is also likely though no particular plans have been revealed about how it will be executed. 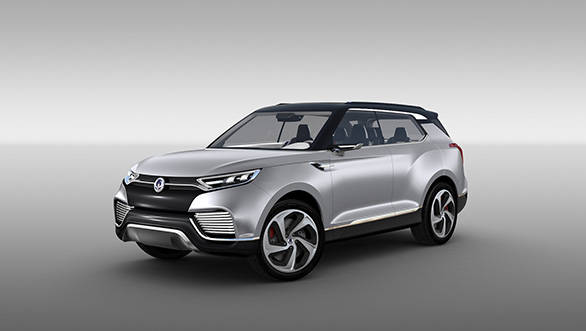 Earlier this year, Pawan Goenka, president of M&M said that SsangYong brand is under the scanner by Mahindra for a rebranding. He also said that there are many negative connotations with the company especially after its history of poor financial performance and strikes. Then there is also the difficult to pronounce and spell name- SsangYong.

SsangYong has set itself a target called 'Promise 2016' in which it aims to sell  three lakh units annually, double its 2013 sales figure of 145,649 units. Yoo-il, president & CEO of SsangYong has commented that the U.S market is a must if his company is to achieve the ambitious sales figure.