A soaking wet Buddh International Circuit, streams of water rolling across the track. Zero experience of driving the Prima truck on a wet circuit. A grid full of equally determined and fearless drivers.  With these odds stacked against him, Stuart Oliver delivered an inspirational performance as he clinched the champions trophy for the second season of the T1 Prima Truck Racing Championship, his second in a row.

The Team Castrol Vectron driver started the main race on P2 and began fighting for the lead as soon as the red lights went out. The British driver made some gutsy moves as he tried hard to pass the leading truck that was driven by Steve Thomas, who races for Team Allied Partners. Wheels made contact with bodywork, mirrors twisted on their pivots as Oliver's truck grazed past Thomas' truck. The two were in a battle of their own that involved a lot of contact as was evident by the damage to the trucks after the chequered flag was out. 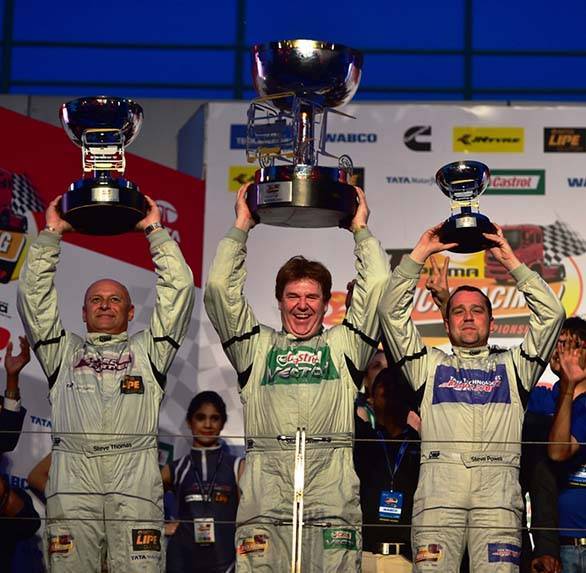 Steve Thomas, however, said that he was happy to finish second after a hard fought battle and enjoyed every bit of it. The third position was clinched by Steven Powell of Team Tata Technologies.

Elated over winning his second Tata T1 Prima Truck Racing Championship title, Stuart Oliver said, ""It was an amazing experience. I think one thing I want to say is a big huge thank you to all the fans coming out all this way, all the flags, all the caps, everything, it made such a difference this weekend. I really, really do appreciate it. Steve Thomas and Steven Powell were phenomenal competitors. They did an amazing job today of keeping me on my toes, pushing me all the way up to the podium. 'It means even more than the first one. I feel so blessed." 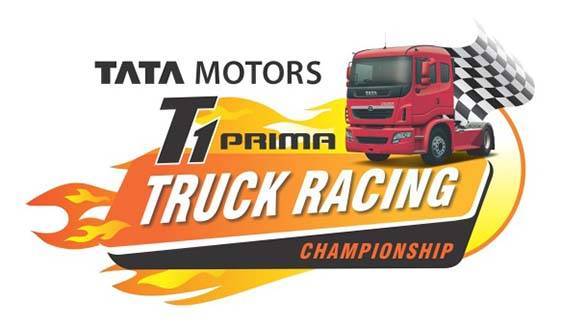 He was also full of praise for the new Tata Prima race trucks, adding, "The Tata Prima race trucks were fantastic. It's been an amazing championship, with so much improvement to the truck that it just goes to show the capability of the vehicle and how the sport can be scaled up, with more power and speed, a delight for every motorsports fanatic. I would like to thank Tata Motors for having all of us over and for having done an incredible job with the Tata PRIMA."

The Tata T1 Prima Truck Racing Championship, season two was a roaring success with over 45,000 spectators cheering the racers and enjoying the spectacle of truck racing. Tata Motors has announced that with a view to promote and encourage Indian racers to participate in the truck racing, the company will introduce a driver selection and training program for the 2016 season. This will help the company induct and train potential truck racing drivers from India.