Sun Mobility today launched a new energy infrastructure platform for electric two-wheelers and three-wheelers. The interoperable smart mobility solution is a universal architecture solution consisting of modular smart batteries, quick interchange stations for these batteries, and a network that connects the smart batteries to the interchange stations via an app. It is essentially a battery swapping systems where the consumer pays for the amount of electric power, putting the responsibility of battery's charging and maintenance on Sun Mobility. The company, co-founded by Chetan Maini (also founder of Reva electric cars) and Uday Khemka of the Sun Group, claims that this platform is cost neutral compared to conventional fuel stations. 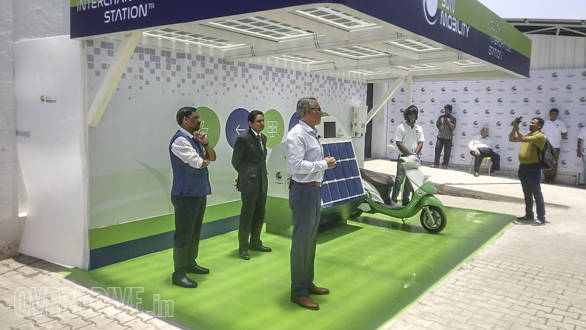 The modular smart batteries can customise themselves to suit the power needs of the electric vehicle (EV) that they are powering. They can be used in single or multiple form according to the performance and range requirements of any suitable vehicle. When drained, these batteries can locate the closest quick interchange station and be swapped for fully-charged ones. Swapping the batteries takes about a minute, less than the average time it takes to tank up a conventionally-fuelled two or three-wheeler. 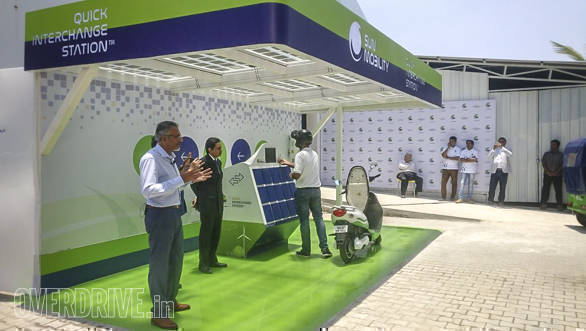 The Smart Network which connects the batteries to the network of interchange stations is interfaced through a smartphone app. The app alerts the driver when the charge is low and also locates the closest quick interchange station. Using a pay-as-you-go system, the charge remaining in the drained battery module is compared to a full battery and the balance charge is paid for by the driver to access the new fully-charged battery.

The system has been incorporated into e-autos and e-rickshaws, apart from the e-scooters. "It can be retrofitted to any existing EV. We are currently in talks with 5 OEMs for integration of the smart mobility system into their existing models," Maini said. "Battery recharge and replacement make up a considerable part of the cost of ownership for EV owners. So with a smart mobility solution that only makes you pay for the amount of electricity you use, they can have cost parity with conventionally-fuelled petrol or diesel vehicles," he said. 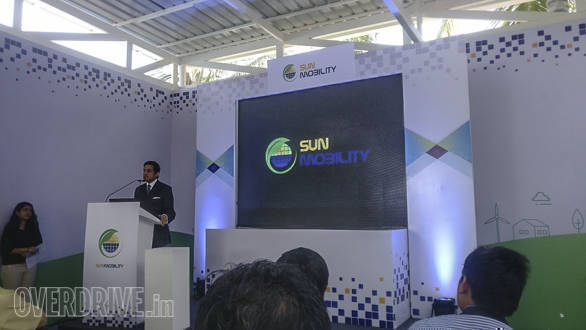 Sun Mobility had initially showcased the battery swap system for buses in association with Ashok Leyland at the 2018 Auto Expo. Speaking about aiming the system at public modes of transport including buses and three-wheelers, Khemka said that the shift to clean energy in public transportation systems is critical to a country of 1.3 billion people. "It is not possible for everyone to be driving around in a car here in India as is the case with the US," he said. 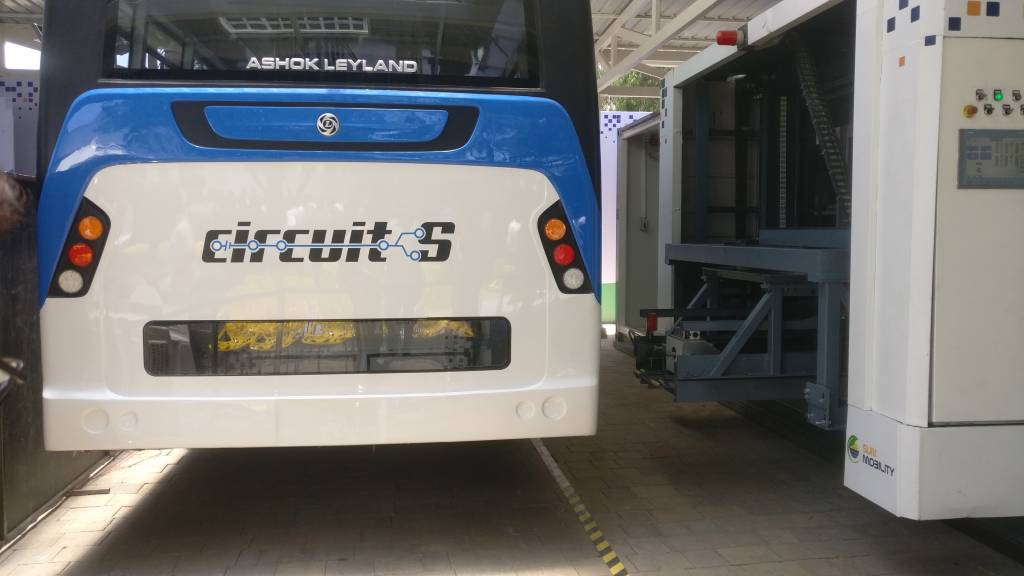 Battery swap system for an e-bus

The system will be implemented in Bengaluru where the company has its technology centre, and the Delhi NCR region initially, as the latter already has about half a million electric vehicles. The system will also be given out to franchisees in coming months to set up quick interchange stations in various locations across India.