The drama at the 2016 Maruti Suzuki Dakshin Dare began even before the the first car rolled out of Banglore. Due to inclement weather, the stages on Day One were cancelled. All participants were required to drive/ride from Bengaluru to Coorg, and it was a free run. 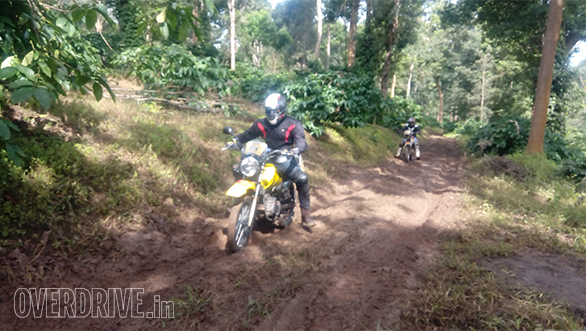 On day Two the stage was set around a  narrow coffee estate looping 20 km. Participants were required to drive around thrice, resulting in a 60km stage. The biggest challenge they had to face was the slushy surface that was a result of the overnight rain. 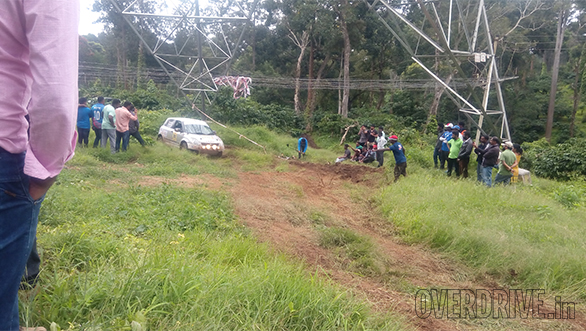 Suresh Rana (co-driven by Parminder Thakur) in their Maruti Suzuki Vitara set a blistering pace on all three runs and claimed the lead in the Rally. Even the low traction in the morning failed to have much effect on their time or speed. 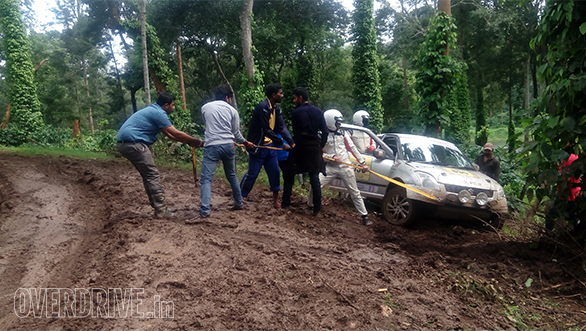 It was a day to forget for defending champion Sandeep Sharma (co-driven by Karan Arya) and he was struggling a bit to match Rana's pace. At the end of the day, he's slipped to third, 2 minutes and 15 seconds behind the leader. 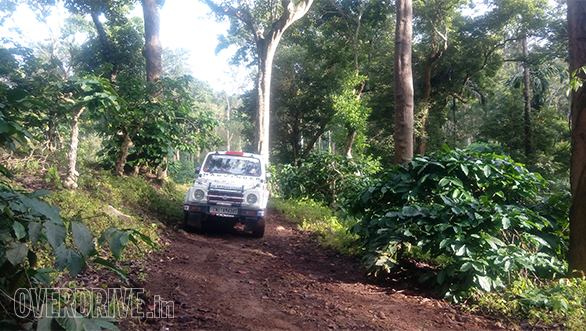 In second spot then is Amanpreet Ahluwalia (co-driven by Karan Akuta). The duo are just a minute and 50 seconds behind Rana and were pretty content with their performance at the end of the day. 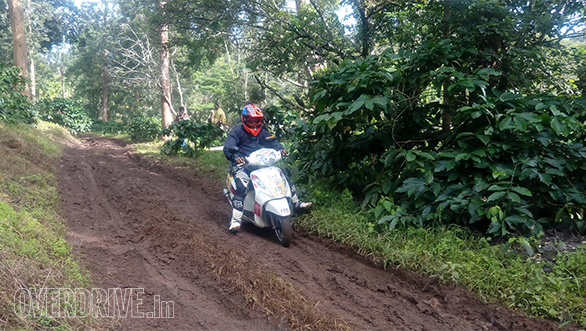 The riders in the Extreme Bike class were struggling to ride in the treacherous conditions. Many fell off and had to pick up the bike and continue. Some with bent handlebars and broken headlights. Abdul Wahid aboard the TVS RTR 450 FX emerged as the fastest rider of the day.He was flowing through the course with relative ease to his competitors. Natraj on a similar bike is trailing him by a mere 12 seconds only. Sanjay Kumar is in third, However, he's 7 minutes and 50 seconds behind the leader.

Aishwariya, the only female participant in  Extreme Bikes put up a brave front as she tackled the challenge of wet mud and road biased tyres on her Hero Impulse.

As the day progressed, the sun began to beat down and the route began to dry out, much to the relief of the rallyists. They were able to finish the third loop of the stage at a much faster pace as available traction from the surface improved.

After the coffee plantation stage was done, the transport stage to Shimoga was a little over 230km.