The Suzuki iV-4 Concept, which was first shown at the 2013 Frankfurt Motor Show, finally goes into production as the 2015 Vitara. Very little has been revealed about the compact SUV yet, apart from the fact that it will make its debut at the 2014 Paris Motor Show. 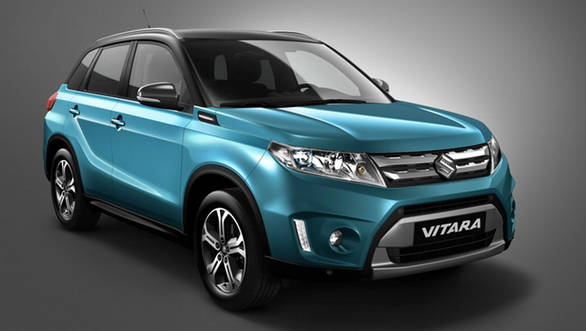 All we have to go by is the one image of the vehicle  revealed by the Japanese automaker - in its signature blue shade where it shows off the car's sharp styling. It features streamlined double-barrel headlamps and a chunky two-slat grille that reminds one of the current-generation Freelander 2. The bumpers house vertical LED daytime running lights. The Land Rover inspiration continues with a floating roofline, thanks to the blacked-out pillars.

The 2015 Suzuki Vitara will go on sale in Europe by the beginning of next year and will compete with other compact SUVs like the Honda Vezel, Nissan Qashqai, Hyundai ix35 etc. Given the Vitara's unimpressive sales figures in India, Suzuki may still remain undecided about the new model's prospects in our market.