With innumerable spy shots were circulated on the internet as a build up to this, Suzuki has finally revealed the new Suzuki Jimny mini-SUV officially. The website shows the European-spec car otherwise known as the more premium Jimny Sierra in other markets. The Jimny will be available in Europe in a number of single and dual-tone paint options. 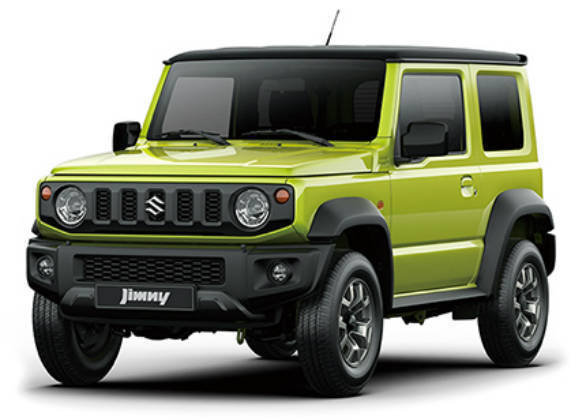 The fourth-gen Jimny will continue the heavily retro design theme of the earlier cars. The front grille has a 5-slat design. It is flanked by circular headlamps on either side. The headlamp housings host separated circular turn-signals. The front bumper looks minimalist but functional and houses the fog lamps and a prominent air intake. The Jimny's flared wheel arches get a dark plastic cladding. 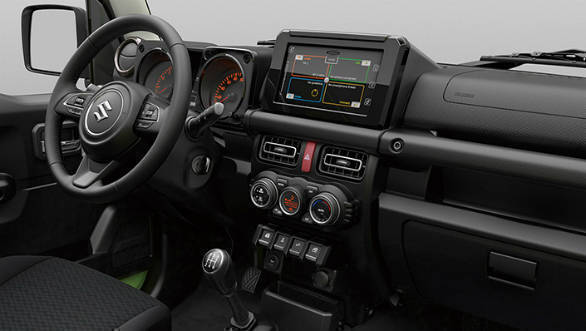 The theme is carried over inside as well. The dash has a blocky design throughout with separate housings for the gauges. There is an 80's style square housing for the touchscreen, round air con vents and toggle switches. The styling is quite reminiscent of the Maruti Gypsy. In terms of features, the Jimny should come with similar levels of equipment seen on newer Maruti Suzuki cars like the Swift and Baleno. So expect aut0matic climate control, auto lights and wipers, a 7-inch touchscreen infotainment system with Apple Carplay and Android Auto, among others. 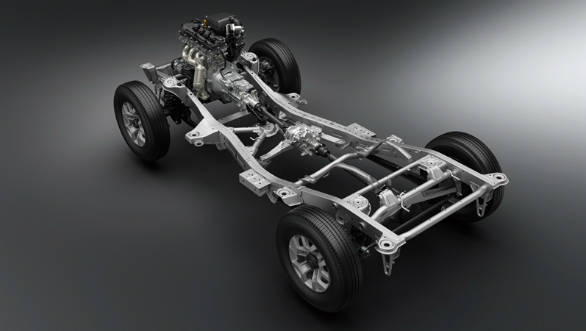 The Suzuki Jimny will be available with a range of engine options. the 1.2-litre four cylinder K-Series petrol and the 1-litre turbocharged three-cylinder with direct injection. The Japanese market car will be available with a 660c unit to take advantages of the country's 'kei' car tax incentives. The new 1.5-litre petrol set to debut in the Ciaz should also make its way to the Jimny. 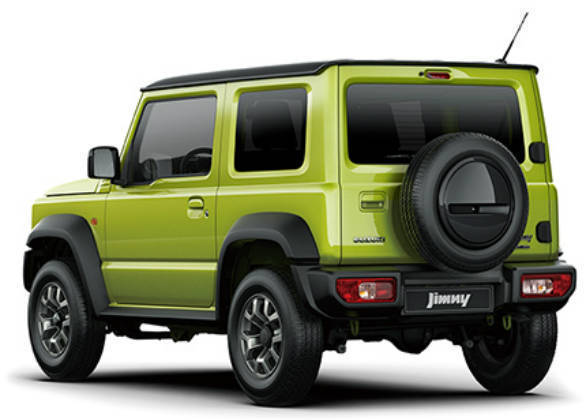 The Jimny is an iconic model in Suzuki's line-up and has been sold under various nameplates/badges all over the world since 1970. This new model has been a long time coming, the third generation Jimny made its debut in 1998. Indian buyers will also be familiar with the SUV, given that the Maruti Gypsy was, in fact, an LWB version of the second generation Jimny produced between 1981 and 1998. It combines impressive off-roading ability with a compact footprint ideal for urban driving. Given that small SUVs are doing very well in India now, the Jimny could be an ideal niche product in this segment with its ladder frame underpinnings and serious off-roading ability.