Japanese auto major Suzuki Motor Corporation (SMC) is looking to the future as it plans to begin production of lithium-ion batteries, which will power electric vehicles and hybrids, at a new facility in Gujarat. The plant was announced in April 2017, but its location had not been decided until now. This will be Suzuki Motor Corporation's first wholly-owned unit in the country, and will come up in partnership with Toshiba Corporation and Denso. This announcement comes just days after union minister of road transport and highways, Nitin Gakari clarified that the government will not back down from its zero-emissions plan for 2030. Incidentally, the new Maruti Suzuki Swift Hybrid was spotted in India recently. 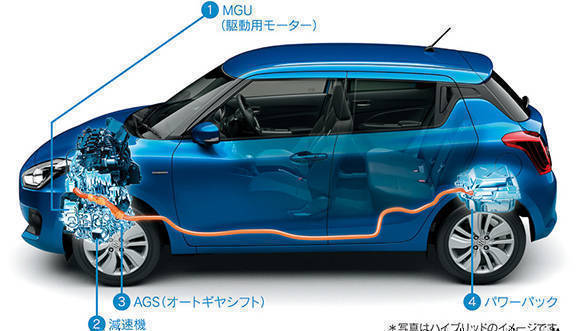 The Maruti Suzuki Swift Hybrid was recently spotted in India

The new lithium-ion battery facility will likely be set up near the existing Maruti Suzuki facility in Hansalpur, Gujarat. The facility will also add a production line, taking Maruti Suzuki India's total production capacity to 1 million units. With this, the company aims to reach 2 million units in car sales by 2020, and 2.5 million within three years after that, said Maruti Suzuki chairman RC Bhargava to the company's stakeholders. With the battery facility, Suzuki, Toshiba and Denso aim to build a steady supply for batteries that will power electric and hybrid vehicles.