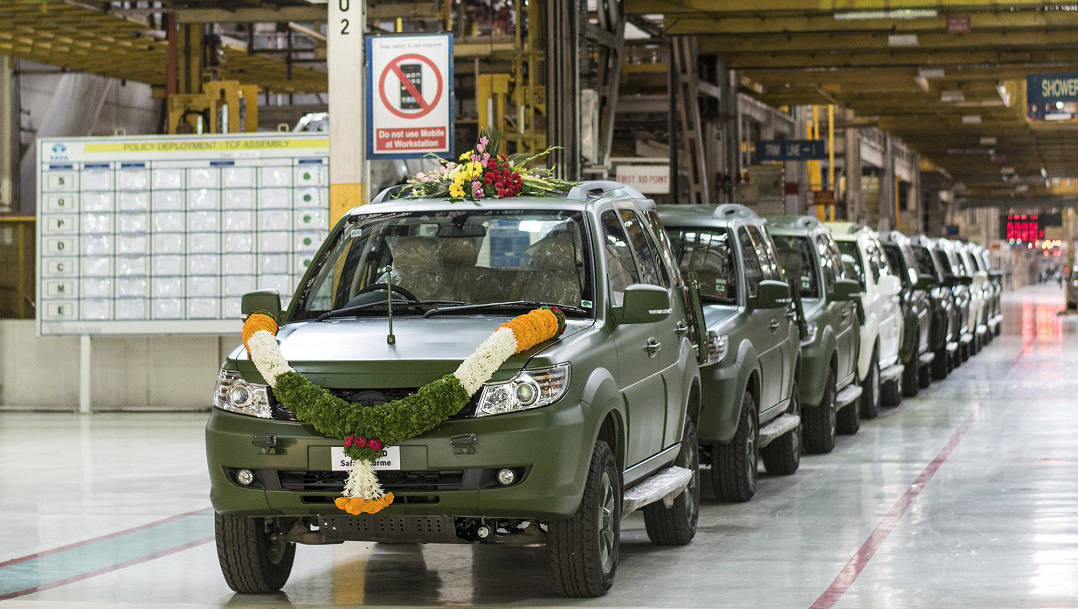 The Safari Storme GS800 is indigenously designed to meet the requirements of the Indian Army with a contemporary, highly reliable and sturdier Diesel SUV with robust features, and a minimum payload capacity of 800 kgs. The vehicle has undergone a total rigorous trial duration of fifteen months in varied terrains across the country, demonstrating its supreme performance, with a capability of coping with on-road or off-road terrains. Offering 60per cent higher payload, over 70 per cent higher power and over 200 per cent higher torque, this vehicle has been customized to endure severely rugged operational conditions ranging from high-altitude drives, traversing snow-bound regions, crossing deserts to the marshy lands.

Commenting on the successful roll-out of the 1500th Tata GS800 Safari Storme, Mr. Vernon Noronha, Vice President, Defence & Government Business, Tata Motors Limited said, "We, at Tata Motors, take immense pride to roll-out the 1500th GS800 Safari Storme of the 3192 order for the Indian Army. This modern SUV  Tata GS800 is specially customized to meet the requirements of the Indian Armed Forces. The continued faith bestowed by the country's security forces in Tata Motors is a reflection of our pedigree & aspiration to serve the nations challenging requirements on the front lines. The milestone of rolling out the 1500thSafari Storme is the result of the absolute dedication of our workforce, while reiterating our commitment to support Government's 'Make in India' initiative."