Mahindra and Mahindra is set to launch a new crossover/SUV themed hatchback in January 2016 and here is all that we know about the vehicle so far: 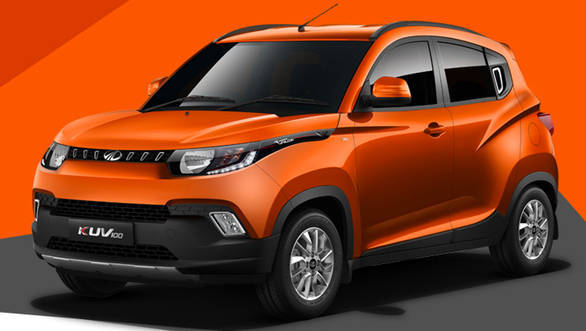 1. The crossover-themed hatchback from Mahindra will be called the KUV100, which is an acronym for Kool Utility Vehicle one-double-oh.

3. The KUV100 will rival hatchbacks in the price range of Rs 4 to 6 lakhs like the upcoming Tata Zica, the Maruti Suzuki Celerio and Wagon R and the Hyundai Grand i10.

4. The KUV100's petrol engine option will come in the form of a 1.2-litre naturally-aspirated three-cylinder motor called the mFlacon G80. It gets variable valve timing and puts out 83PS of power at 5,500rpm and 114Nm of torque between 3500-3600rpm.

5. The KUV100 diesel variant will get a 1.2-litre turbodiesel common-rail three-cylinder motor. Belonging to the same family of the new mFlacon engines, the oiler will produce 78PS of power at 3,750rpm and 190Nm of torque between 1750-2250rpm. Both the engines are tuned for a strong low-end grunt. 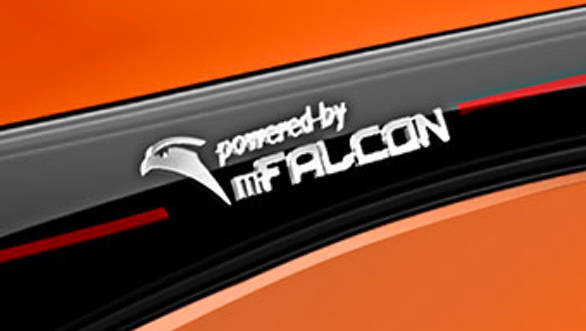 7. The KUV100 will get airbags as an option on all the trims. The airbags equipped trims will add the 'plus' suffix to the variant badging e.g. K2+, K4+ etc.

8. The KUV100's crossover-theme styling gives it rugged cladding all around, a generous ground clearance, roof rails, scuff plates and chunky rub rails. The vehicle is also features a sharp design theme that could remind you of the EcoSport in many ways. The headlamps will get LED DRLs. The rear doors get C-pillar mounted door handles.The KUV100 will have a long list of accessories as well. The vehicle will be available in seven exterior color options. The KUV100 was designed at the Mahindra Research Valley in Chennai and the interiors of the KUV100 have been engineered by LG Engineering.

9. The KUV100 is built on a monocoque chassis and debuts a new platform. It is sub four-meter in length.

10. The KUV100 will be built at Mahindra's plant in Chakan, Maharashtra.