Tesla Model 3 to be unveiled in two phases

Earlier this month, Tesla Motors revealed a teaser image of the Model 3, which will be unveiled an hour from now. There is now an update from Elon Musk, Tesla's CEO. In a tweet, he said, "Tomorrow is part 1 of the Model 3 unveil. Part 2, which takes things to another level, will be closer to production." 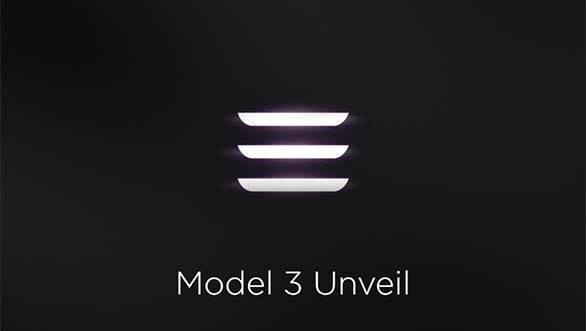 Further, when asked if the Model 3 will be revealed completely, he replied, "You will see the car very clearly, but some important elements will be added and some will evolve." He also mentioned that the media will get to drive pre-production vehicles on the day of its unveiling. However, details on technical specifications and other important features will be revealed closer to the official debut, scheduled to happen in late 2017.

Details on the Tesla Model 3 are sketchy, but from the teaser image it is clear that the upcoming electric car is smaller than the Model S.  It will be based on a new platform which will power a new roadster and a crossover as well. As we mentioned earlier, the Model 3 will resemble the BMW 3-series, in terms of dimensions. The most important aspect of the Tesla Model 3 will be its impressive range of 322km (200 miles) on a single charge. Higher variants will be offered with an array of battery options with a greater range. Stay tuned as we bring out more after the official unveiling.