Tesla Motors has finally pulled the wraps off the much anticipated Model 3 at an event in Hawthorne, California. Built as an affordable electric car for the masses, the Tesla Model 3 is scheduled to go in production by the end of 2017. The company will begin deliveries of the Model 3 in North America. Additionally, Tesla plans to add more regions with further increase in production. 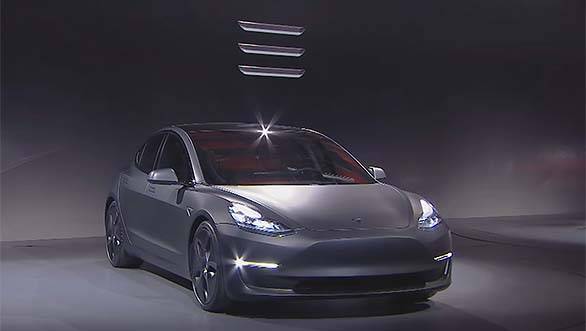 Earlier, Elon Musk, Tesla's CEO tweeted saying, "Adding several more countries to Model 3 order page tonight. Check for details, but will include India, Brazil, SA, SK, NZ, Sing & Ireland" . However, this does not necessarily mean that Tesla Motors might officially bring it to India. Instead, someone living in India can book it and get it imported to the country wherein the homologation formalities will have to be taken care of by the individual. We have sent an official query to Tesla Motors to know about their India plans and will update you with the response.

Most importantly, Tesla Motors, if at all they plan to officially enter India, will likely arrive by 2018 as building infrastructure for their all-electric cars will take a minimum of two years. Tesla might get the supercharging facility in India too along with the Model 3 to make it extremely convenient. The only other electric car that's sold in India is the Mahindra e20, however with its exorbitant pricing and lack of charging options, has not seen much enthusiasm with the car buying populace. 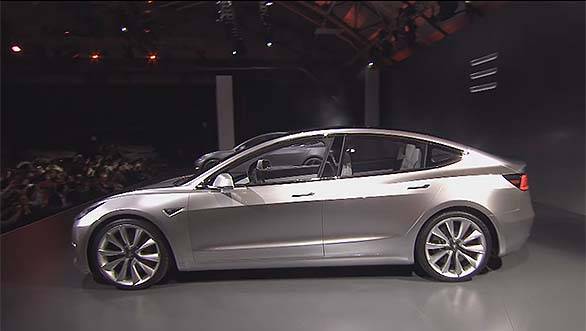 The prices of the Tesla Model 3 will start at $35,000 (Rs 23.21lakh). Higher trims will get more features, options as well as performance additions too. Tesla Motors claims that the Model 3 can do 0-100kmph in less than six seconds. It will cover a distance of 346kms in one full charge. Additionally, Tesla plans to install 3600 superchargers and quadruple the number of destination chargers which will be done with tie-ups with restaurants, hotels and stores. While Elon Musk didn't reveal the technical specifications of the Tesla Model 3, he mentioned that the car will be offered with autopilot hardware as standard. 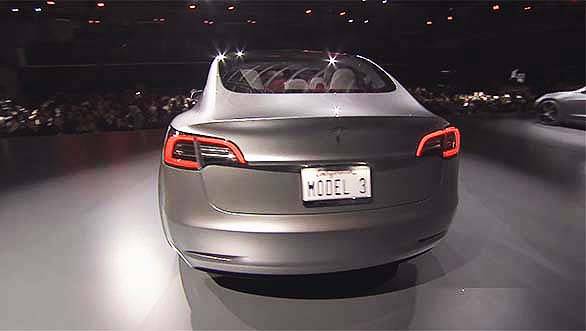 Elon also mentioned, "The key point being almost no matter where you are in Asia, North America and Europe you will be able to buy a car or get your car serviced," The company plans to increase its presence by almost doubling the number of stores to 441 from 215. Tesla has already raked in 115,000 preorders for the Model 3 within 24hours of its booking time.