Tesla overtook Toyota to become most valuable carmaker in the world

Tesla Inc, the electric vehicle manufacturer started in 2003 as Tesla Motors, overtook global automotive giant Toyota to the top spot as world's most valuable car maker for a brief period of time on June 10. Tesla's stock prices rose above the $1,000 mark, while the company is valued at over $188 billion. Comparatively, Toyota in second place was valued at $179 billion, with stock prices hovering around $130 per share.

The valuation is somewhat debatable, with current Tesla CEO Elon Musk himself getting in hot water for making comments on the company's over-valuation, considering other companies on the list post higher profits. Stock prices have been steadily rising with improved production and sales figures in China, with record sales of over 11,000 cars for the Model 3 in the month of May. Meanwhile, the Model 3's impressive sales in the US have made it the eighth best-selling car in the country, and the only EV in the top 15. In fact, monthly sales of the Model 3 are about triple that of the Nissan Leaf, the previous best-seller. 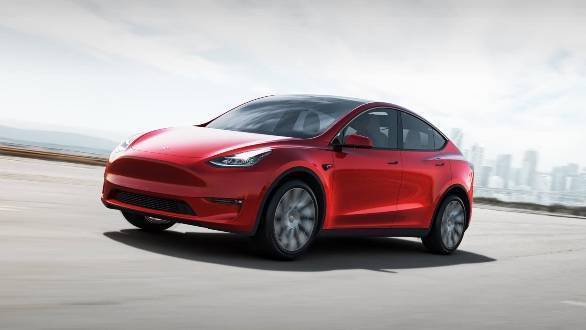 The Model Y electric crossover, with around 70 per cent shared parts with the Model 3 sedan, may become the new best-seller for Tesla

The push in valuation seems to have spiked recently when news of the company ramping up production of the upcoming Semi, Tesla's electric commercial vehicle, broke, as well as rumours around new battery tech  a battery pack capable of lasting a million miles is reportedly in development. The company has also opened its  factory in California, and is said to be ramping up production of the Model Y, the crossover version of the Model 3, with deliveries already having begun in Canada.