BMW Motorrad has commenced its customer riding program in India, called the BMW Motorrad Safari. Split into four various formats the riding program is typically spread across periods of 5 to 7 days. For India, BMW Motorrad is starting off with four rides, for now, called the Deccan Safari, Mountain Safari, Desert Safari and International Safari. We expect the programs to interest owners and prospective buyers of BMW Motorrad's adventure touring motorcycles particularly, considering Motorrad currently sells its R 1200 GS, R 1200 GS Adventure, S 1000 XR as also the F 750 GS and F 850 GS that were launched at the Auto Expo last month. 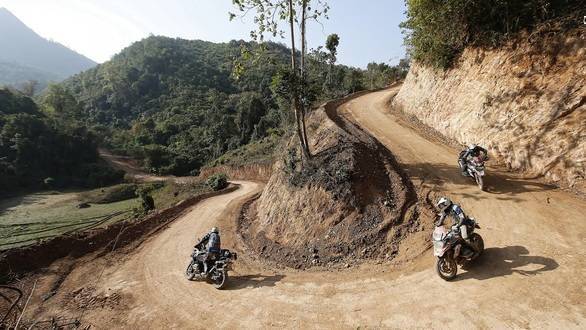 The BMW Motorrad Safari will allow customers to experience their motorcycles in varied environments, away from the hustle and bustle of routine life

The first such BMW Motorrad Safari for India, the Deccan Safari, will kick off as a weekend ride from Bengaluru to Kabini and will be held from March 23 to March 25, 2018. Typically, BMW Motorrad shares route maps with customers who sign up in advance, while Motorrad has experts guiding participants throughout the ride. All programs are fully guided tours and will allow owners of BMW Motorrad bikes to experience their motorcycles in various environments, taking care of everything including accommodation, entertainment and food throughout the ride.