The Emflux One will be India's first electric sportsbike, to be launched at Auto Expo 2018

The Emflux One is set to create history at the 2018 Auto Expo. In case you didn't know, Bengaluru-based Emflux Motors is a start-up that has been working on creating India's first electric sportsbike and will launch its first ever product, the Emflux One at the Auto Expo (also referred to as the Model 1 by many). We have had an extensive chat with the folks at Emflux Motors regarding the motorcycle, and there's lots of reasons to be excited! Emflux Motors will start accepting bookings shortly after the 2018 Auto Expo, though deliveries are expected to commence only early in 2019. According to Emflux Motors, the Emflux One will boast a 0-100kmph time of 3 seconds and an electronically limited top speed of 200kmph. A liquid-cooled AC induction motor will source power from a 9.7kWh lithium-ion high power cells and send it to the rear wheel via a chain drive. 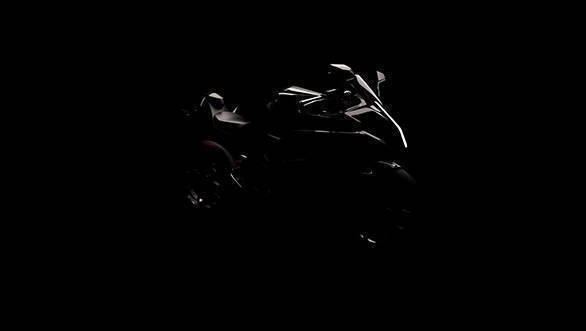 The Emflux One as it will be called officially, will be India's first ever all-electric sportsbike and will offer performance similar to middleweight sportsbikes

With its kind of acceleration, the Emflux One will thus offer performance levels comparable to petrol-engined middleweight sportsbikes. The bike will also use top spec components including brakes from Brembo and suspension from Ohlins. Going by the images of the concept, the Emflux One is styled very sharply and looks highly futuristic and aerodynamic. The design in fact reminds us of superbikes from European manufacturers like Ducati and Aprilia. Images of the concept also reveal a trellis frame underneath what would be a fuel tank on a conventional motorcycle, which in this case will house the battery pack and more. 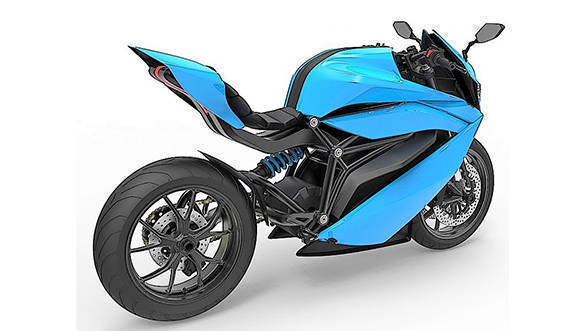 The Emflux One will boast a futuristic design, along with top spec components as also a single-sided swingarm

The Emflux One will employ a single-sided swingarm, a first for a 'made in India' motorcycle, and ABS will of course be standard. The bike will use a smart dashboard and we expect it to be an all-digital display integrating battery charge, a speedometer as also onboard navigation, smartphone connectivity and artificial intelligence. More details and features are expected to be revealed at the Auto Expo. The Emflux One is being tested extensively using software simulations, and will be tested in the real world for 1,00,000km. Emflux Motors has also confirmed it will work with professional riders to test the motorcycle's dynamics, though no details have been revealed about the same.

Goes without saying the Emflux One is expected to generate some serious buzz at the 2018 Auto Expo and even make mainstream two-wheeler manufacturers sit up and take notice. We at OVERDRIVE are certainly excited about electric mobility getting a new dimension in the country, that too courtesy an Indian brand!