Last month I wrote about most Indian auto journalists not being good at evaluating cars. This evoked a huge response, from both readers and automobile manufacturers. One chap, a surgeon by profession, said he bought a car based on reviews from 'self appointed auto experts' and found his family's driving experience differed a lot.

Many manufacturers wrote in saying the number of evaluators wanting cars for test drives has multiplied, especially from those representing online media. They say the cars are often misused and abused and damaged due to rash or poor driving is not uncommon. They also say if they refuse someone a car they face threats of bad reports and online campaigns that are negative to their products or brand. Not wanting to get into a confrontation with someone representing the media they are forced to give in. I know of a case where a manufacturer did get into a confrontation, but later gave in as it realized it was getting a lot of unwanted negative online exposure. The perpetrators of this campaign are now best friends with this car maker and are present at all their events.

From what I have observed and also learnt from some of my colleagues is that in many cases some manufacturers are also to blame. In the quest for favourable reports they indulge and cultivate some media people with the aim of generating a positive buzz for their brand and products. Those who give positive reports just to please a manufacturer, are usually the less credible and talented ones. But since they are pliable and ready to play ball, some manufacturers end up encouraging them. This is a double edged knife because such evaluators are happy to change sides if a rival manufacturer provides a better incentive for their support and positive reviews. This support can take many shapes, but usually it's in the form of invites for all local and international events; easy and continuous access to media test cars and of course being put on the media advertising or external communication plans. 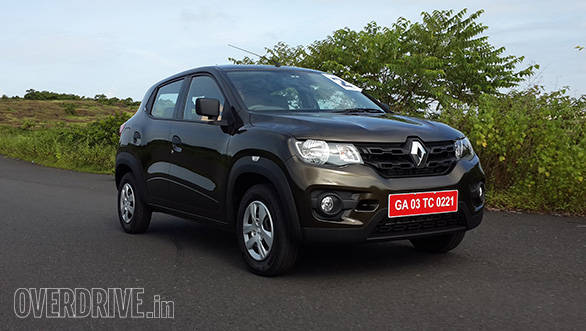 Photo for illustrative purposes only

One of my friends also pointed out that most road testers in India keep harping about handling and grip without really elucidating what these are. I agree. Many make it sound more complicated than it really is by throwing around terms like understeer, oversteer, weight transfer, etc. Handling basically means how smartly a vehicle changes direction, how much its body rolls while doing so and how much of the area of tyres we know as 'contact patch' is in touch with the ground. All these observations are based on various factors like suspension layout and setup, tyre size, ride and vehicle height, weight distribution, etc. To judge and evaluate the handling of a vehicle you have to have a good amount of knowledge of the working of the chassis and suspension, driving skill and feel of what the vehicle is doing and what the limits of its grip are. Sadly, most road testers are not able to evaluate the handling accurately and you find differing accounts, often within the same publication or website.

Another thing I have begun to notice off late is that most reviewers do not look below the bonnet of the car or its undercarriage. When testing a car I first like to take a 'walk'. Yes I walk all around the car, looking at it from different angles, distances, and if possible varying heights. I then look below the car and under the bonnet. A little touch here, a poke there, sometimes reveals a lot. Then its time to get inside and undertake an 'interior walk'. Again look at everything, sit in all four corners of the car, turn a lever, pull a knob, push a button, check out the boot, roof lining, look behind the sunshades and into the glove box, and finally after you are familiarized with everything, get behind the wheel and start driving. While driving listen to all the sounds, feel the vibrations and try and connect with all the car is doing. To get under the skin, you have to concentrate and connect. There is no other way.

Sadly at most media test drives I see auto journos jump into a car, switch on the music system and blast off with spinning wheels. They will rev the engine to its limits in each gear, swerve and cut through traffic crazily, brake late and hard, hit bumps and ruts at speed, and then just few minutes later they pass judgment. Engine lacks punch, braking is good but pedal has little feel, gear shifter is precise with long throws, the steering has no feel and is over assisted, blah, blah, blah. I was once on a test drive and sharing a car with a colleague from another publication. While driving I mentioned that I loved cars with naturally aspirated engines, especially V8s. I had missed the product presentation before the test-drive and my colleague looked at me incredulously and said, "You were not there at the presentation, how do you know its naturally aspirated and a V8?" He just could not believe that by driving the car I could make out the number of cylinders it had and if it was turbo charged or not. He argued with me for a long time that it was not possible to know these things until a manufacturer told you or you had seen the vehicles specifications! Need I say anymore?