The Troller T4 gets a new lease of life, courtesy Ford

It's a very big occasion for the Brazilian automobile industry. The only Brazilian manufacturer's only car is about to get a new lease of life after 20 years. The manufacturer we are talking about is Troller. It's known for its rugged and never-say-die SUVs; something like a Tata Safari with the dependability of a Maruti Suzuki. 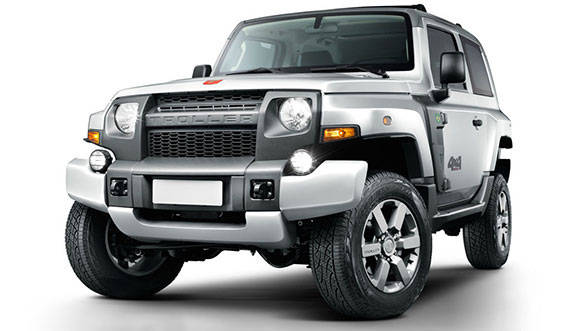 Troller has been bought by Ford and the new model is the result of Ford's effort to time travel with this old timer. Ford cannot do a half-hearted job with this one and so it has put in 53,000 hours of virtual development and 2,00,000 kilometers of real world tests covering a variety of terrain.

It's still a pre-production model but boy does it look great! The concept on which it is based was also voted as the most beautiful car show exposure (we just hope it wasn't in the 'Brazilian manufacturers' category). The styling department has taken an old-school approach, quite tangential to Ford's current design philosophy. They have also come up with a fancy name for this paintjob-London Grey.

It also gets something called the sky-roof i.e. an XL-sized sun-roof. It comes equipped with mixed-use tyres and a high mounted air-intake. It is also prepared to accommodate a snorkel and a winch just in case you find the standard stuff below par. 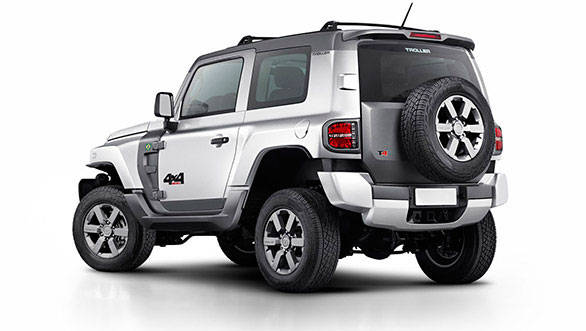 It gets a 3.2-litre diesel engine, probably the five-cylinder one from the Ford Ranger. The new T4 is a giant step ahead for Troller. If the EcoSport which was originally meant for the Brazilian market could make its way to India, then expecting this stunner of an SUV on our roads wouldn't be asking for too much, now, would it?