Over the years, Volkswagen Beetle has earned an iconic status. What started as a basic idea of a hatchback for the masses has now evolved into a completely new offering. Be its unique bug-shaped design or the quirky looking face, the Beetle's design has always stood out from the other hatchbacks. While it has always amassed quite an attention in its stock form, there are some who have personalised the hatch to make it suit their individual requirements. We have compiled a list of top five custom jobs done on the Beetle.

Fastest Beetle in the world 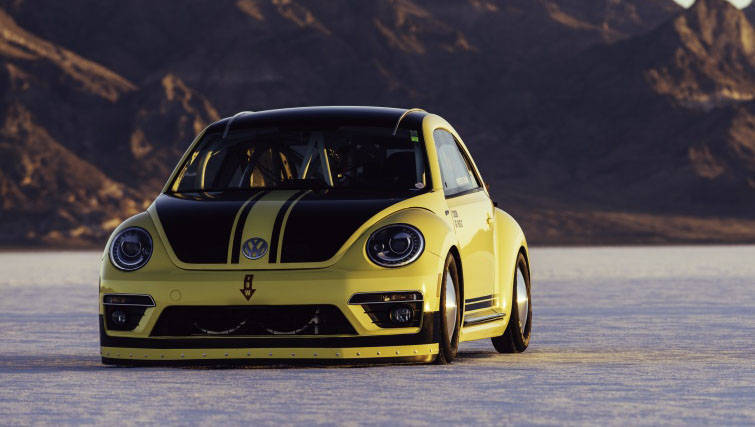 This Volkswagen Beetle, which is heavily tuned to deliver outright performance, recently clocked an impressive 330kmph at the Bonneville Salt Flats in Utah. The Beetle LSR (Land Speed Record) is powered by a 2.0-litre turbocharged 4-cylinder engine that is offered in the 2016 Beetle R-Line model. In its tuned state, this motor makes over 600PS of peak power at the crank and generates 571Nm of torque. To make the 'bug' travel way faster than its regular speeds, the motor received customised camshafts, connecting rods, pistons as well as limited-slip differential. The height of the Beetle was lowered to offer better aerodynamics while the tyres ran on special salt flat rims. To reduce the weight of the Beetle LSR, the cabin was barely equipped with anything except for a roll cage along with a harness and racing seat. To help stop the Beetle LSR effectively, there are two parachutes mounted on the rear section. 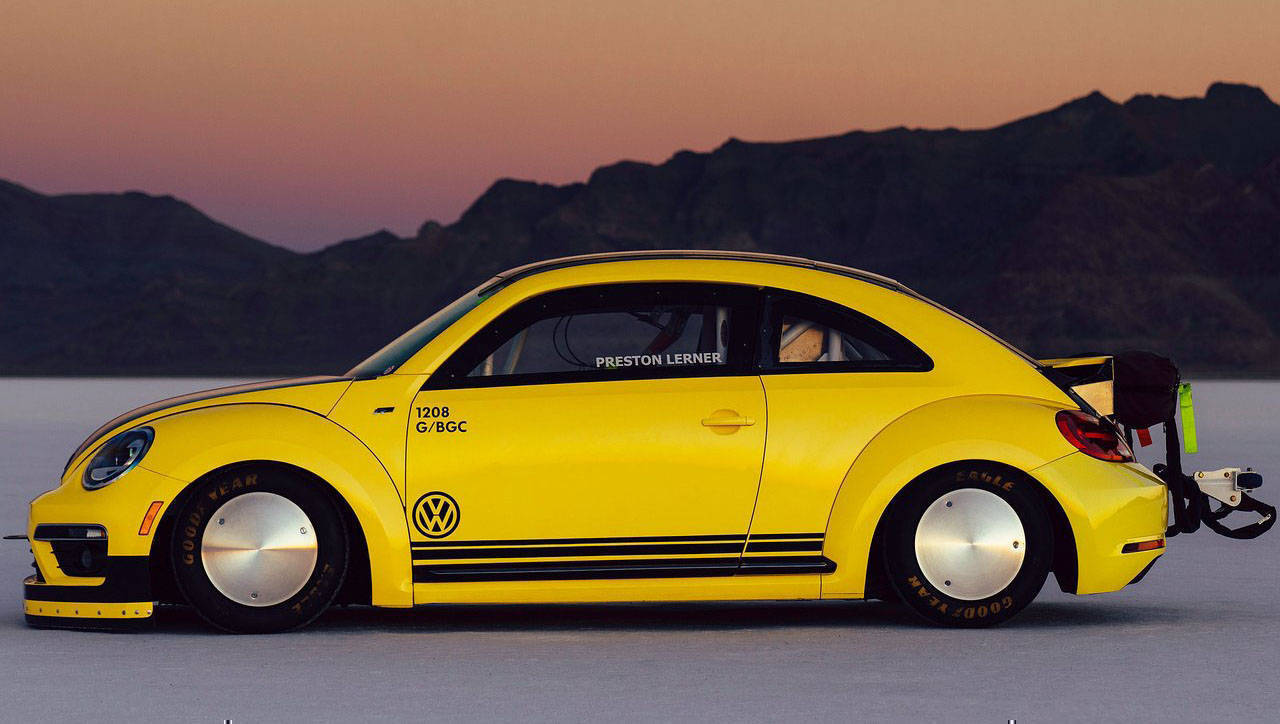 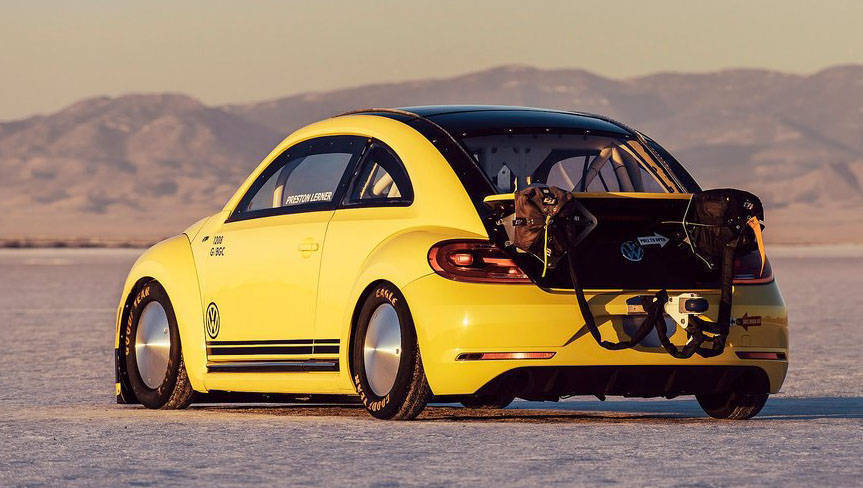 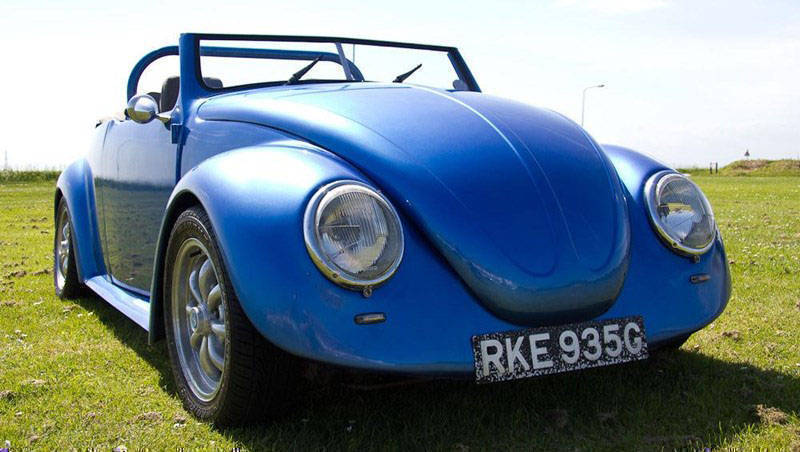 The Roadster Wizard, as the owner likes to describe it, is a custom roadster version based on the 1969 Volkswagen Beetle. Claimed to have been finished in a BMW body-shop, the roadster carries the front profile from its stock form. However, it gets a short and compact front windscreen which, as the owner states, is made from laminated airplane glass. Inside, the dashboard has been completely stripped and just features an analogue speedometer. It also gets a four-point custom-made roll-bar. The open-top custom Beetle is powered by a 1,600cc petrol motor. 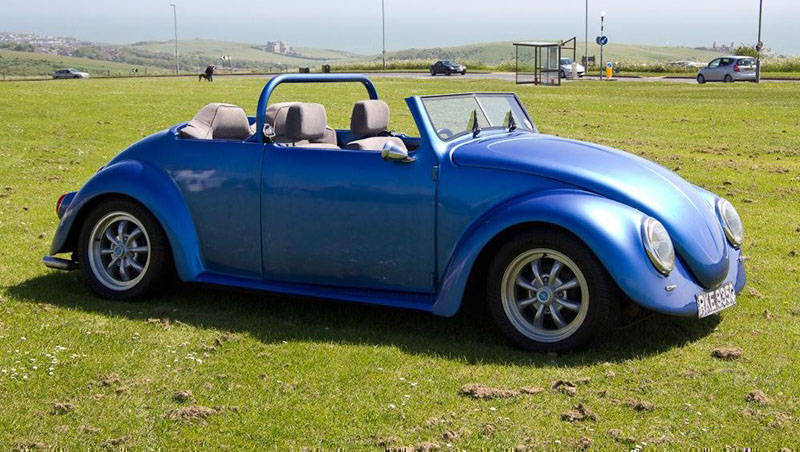 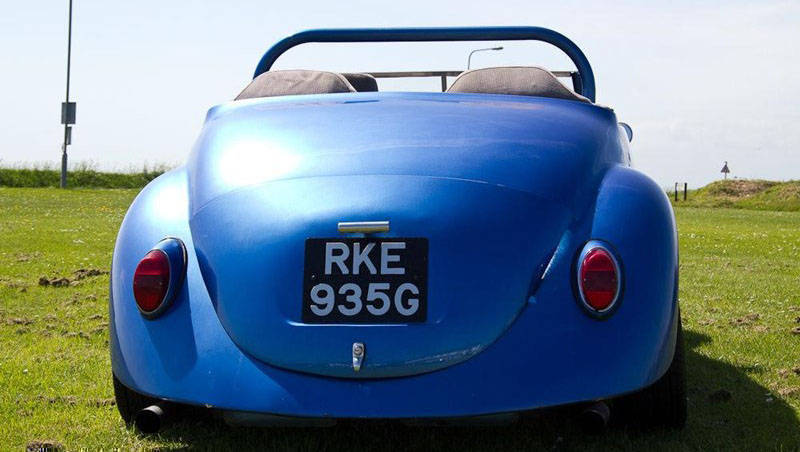 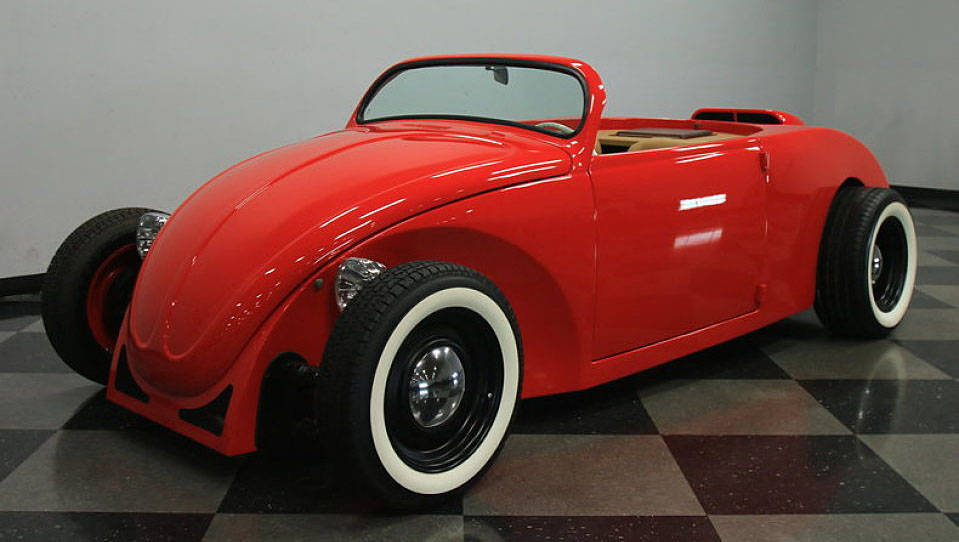 If you are into hot rod customisations, this 1974 Volkswagen Beetle is the one you should look out for. Taking an inspiration from old-school designs like that of the Ford Model A, the Volksrod gets a very unique design. The retro-styled fenders, larger dragster styled rear tyres and the lowered suspension make the Volksrod one of a kind custom job. In addition, it gets a compact windshield hot rod special hub caps along with a removable hardtop. However, the best bit about this customised Volkswagen Beetle has to be its gleaming red paint job. Topping it up are the whitewalls on the BF Goodrich radial tyres. In a true hot rod style, this one gets a two-seater arrangement finished in tan leather. The Volksrod is powered VWs 1,600cc flat 4-cylinder motor. 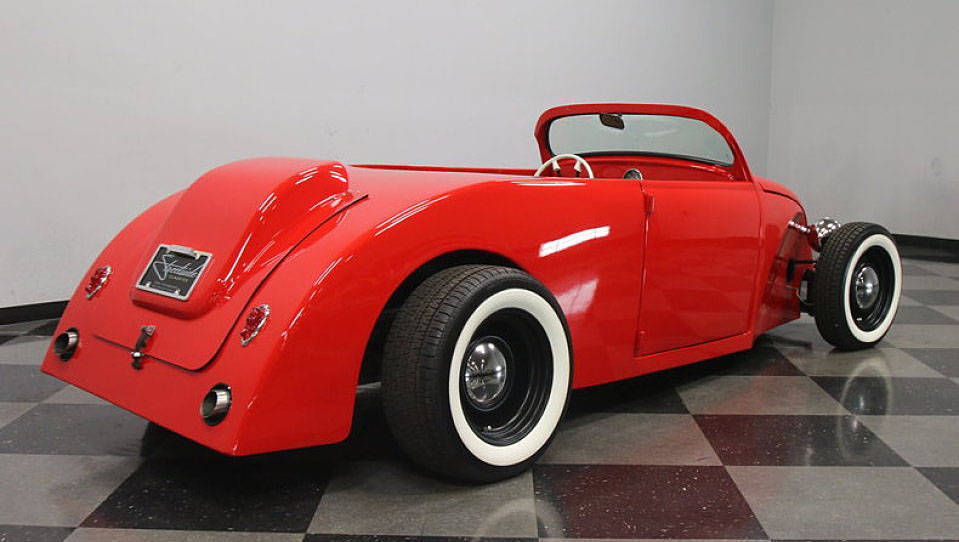 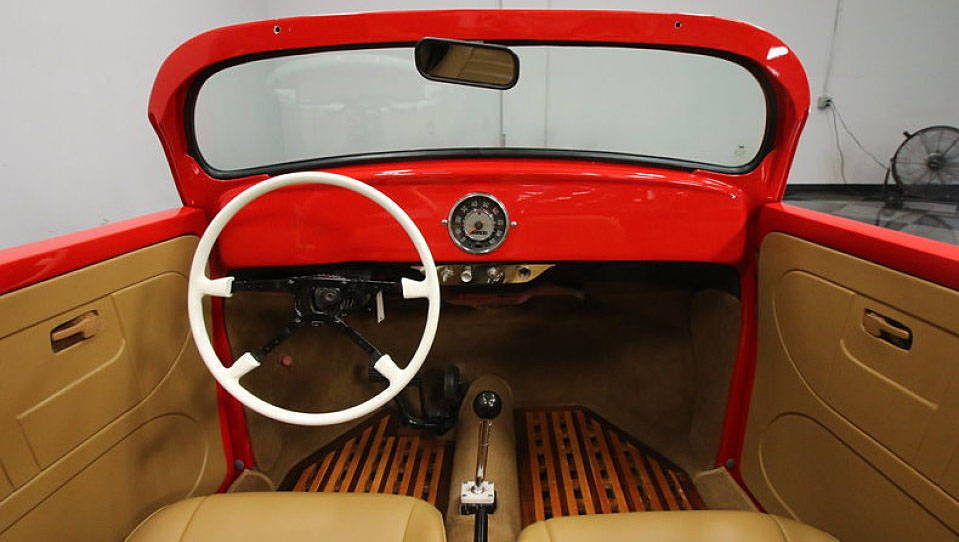 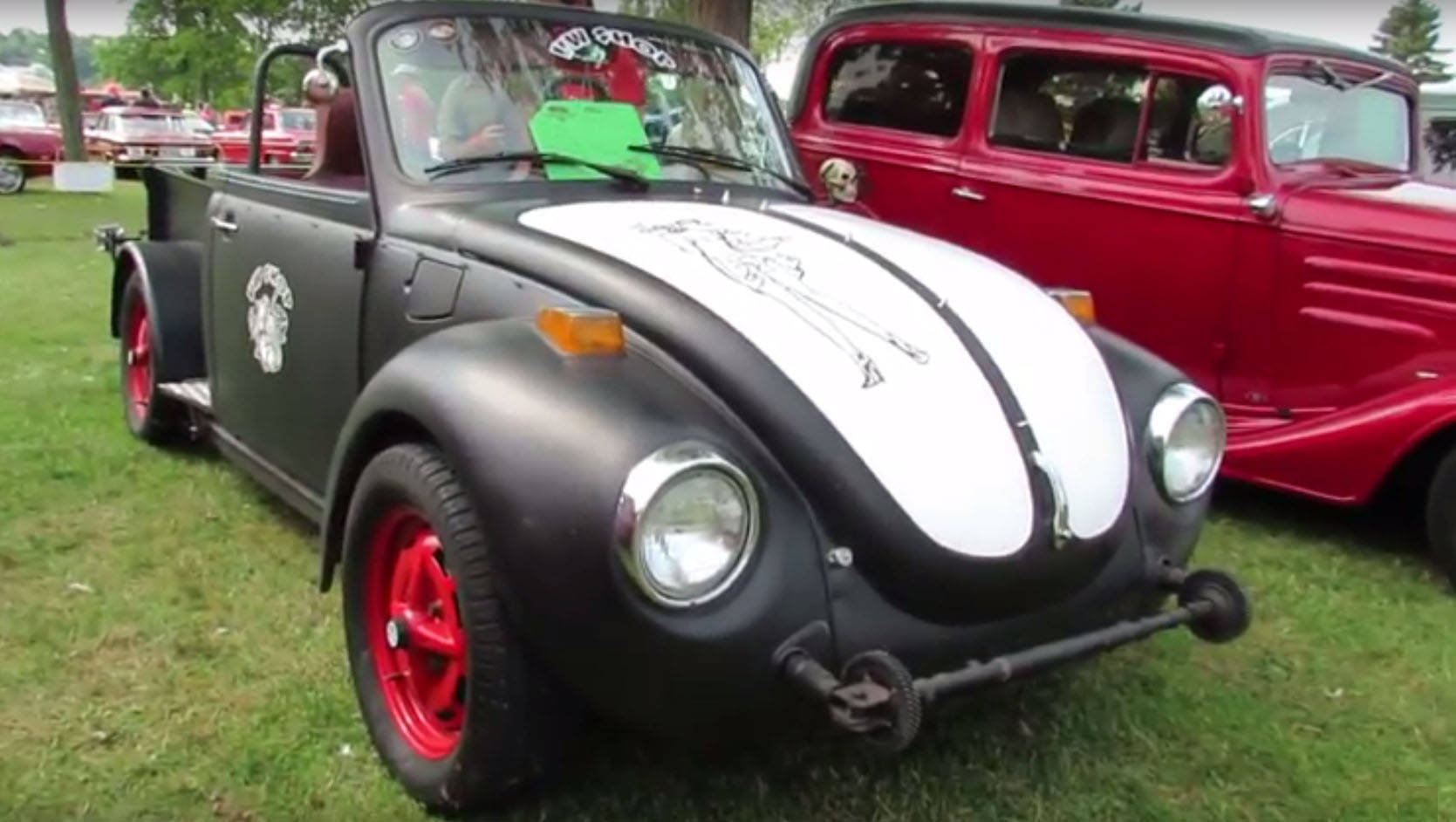 The ratrod customisations essentially are similar to the hot rods but draw inspiration from the vintage cars launched in early 1940s. This rat rod customisation is based on the 1979 Volkswagen Beetle. Finished in matte black, this one retains the original design till the first half. The wheels painted in red look loud for some tastes. However, it gets a loading bay, mounted on the rest half of the chassis. The cabin, if it can be called one, gets bare minimum features. The steering wheel and the gear shift lever seem to have sourced from a scrap yard. The only bit that is highlighted when you see the interior is a dashboard placed rat ornament. There is one more placed between the driver seat and the roll cage bars. 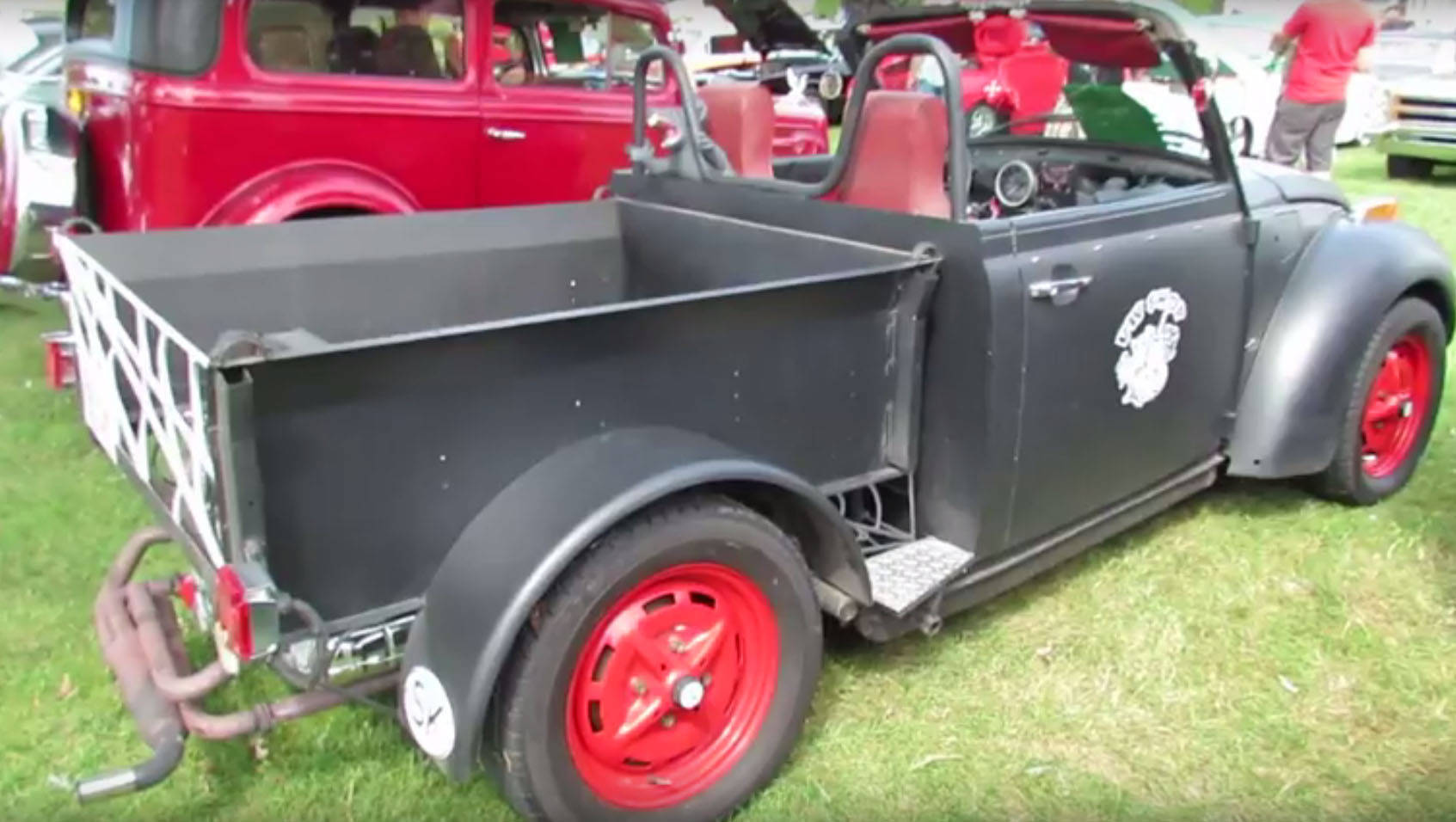 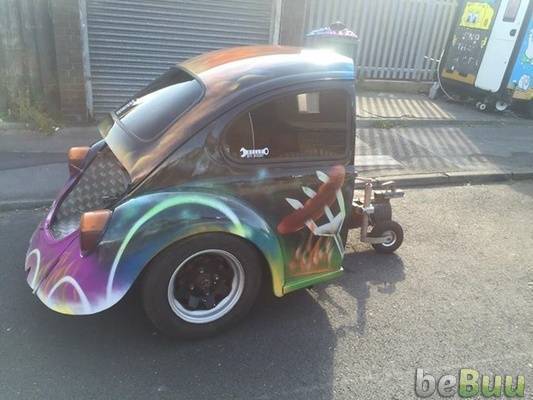 Our last entry in this list is a chopped-off version of the latter half of the Beetle. It is basically a barbecue trailer that can be attached to any vehicle. The grille can be extended from the rear section and also has provision for gas connection. The empty cavity due the absence of the motor is used as a storage area. It gets a graffiti-like paint job and a shutter door. Even though it is a barbecue trailer, this one rides on a neat pair of alloys. 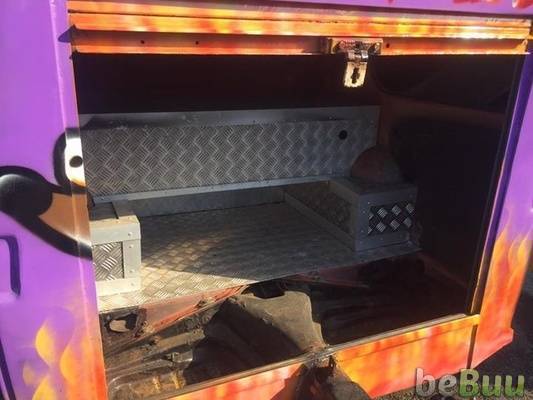