Pune-based electric two-wheeler company, Tork Motorcycles has raised angel funding from Ola founders Bhavish Agarwal, Ankit Bhati along with other investors led by Harpreet Grover, CoCubes co-founder & CEO. These funds will primarily be used to develop a production version of the T6X electric motorcycle, scheduled for an end-2016 launch in India. 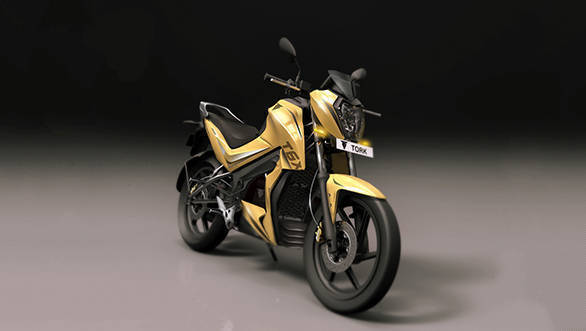 Founded in 2009 by Kapil Shelke, Tork Motorcycles has built racing protoypes for numerous motorsport events like the TTXGP championship and the TT Zero at the Isle of Man. The TX01 also won the TTXGP. The upcoming motorcycle is called the T6X as it is the sixth bike from the company. Built as a completely new motorcycle, the T6X doesn't borrow anything from the previous models TX04 and the TX05.

When asked about the technical specifications of the T6X, Kapil mentioned that the final details will be revealed closer to the official launch which is scheduled to happen by the end of this year. The T6X will have an impressive range of more than 100km (nearly equal to that of the Mahindra e2o). It will also come with a QuickCharge feature which charges the battery in an hour. The battery powering the T6X motorcycle has been designed in Europe and will be manufactured in India. Tork Motorcycles also holds patent over battery management system, control systems, motor tuning, drivetrain and overall product integration. The T6X will come equipped with in-built navigation, cloud connectivity along with an integrated GPS.

In addition to the development of the production version of the T6X, Tork Motorcycles is also working on introducing multiple charging locations. The company will initially build charging stations in Pune, Bangalore, Chennai and Delhi. Additional locations will be added in the second phase.

Tork Motorcycles has already released a teaser image of the T6X electric prototype. With the first round of investment from angel funding, the company plans to scale up operations as well as get into full fledged manufacturing by the end of this year. There are also plans of a second round of fund raising which will happen later in 2016.

Kapil Shelke, founder, Tork Motorcycles, says, "We are building India's first electric motorcycle and are targeting its launch by this year. The motorcycle will solve the rider's pain points with several value added features like GPS, storage, cloud connectivity and phone charging making it also a first smart motorcycle in India"

This update from Tork Motorcycles comes at the right time in India as the sales of electric vehicles touched 22,000 units (2,000 four wheelers and 20,000 two wheelers) marking a 37.5 per cent growth over the previous fiscal year.