The Toyota Corolla is the world's best selling model for the year 2013 according to the company's internal data, which says that it has sold 1.22 million units.

The model has shown a five per cent year after year increase in sales which, the company says is possible due to constant revisions in exterior design and improved fuel economy. Corolla has also become the world's best-selling vehicle model, selling 40.72 million units as on February 2014; since the first model rolled out in 1966. 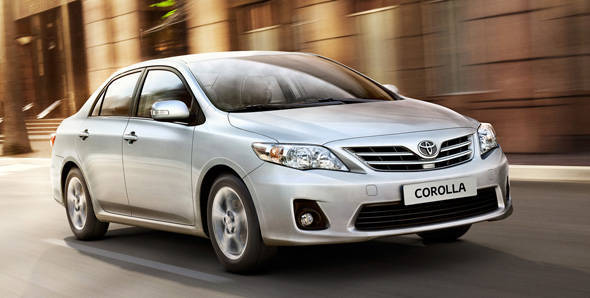 According to Polk's new vehicle registration data which covers 96 per cent of the new global vehicle volumes the Corolla is the best-selling model with 1,098,524 million units sold. This figure covers all the variants that are offered and includes Corolla Altis, Corolla Axio, and Corolla EX 4-door sedans.

The Corolla was awarded the highest 5-star rating by National Highway Traffic Safety Administration (NHTSA) for overall safety and was also named as the top safety pick of 2013 by Insurance Institute for Highway Safety (IIHS).

Bill Fay who is Toyota division group VP & GM said, "The Corolla stands as the international face of Toyota and touches millions of people across the globe every day. Being the world's best-selling car speaks volumes about the satisfaction and loyalty our customers feel about the Corolla and Toyota."