Toyota Innova facelift to be launched in India soon

The festive season is here. And this only means a barrage of facelifted, limited edition cars from different brands, all eyeing an increased market share. Toyota Kirloskar Motor which started the festive season with the launch of the Etios and Liva Xclusive editions is all set to bring in the facelifted Innova this month. 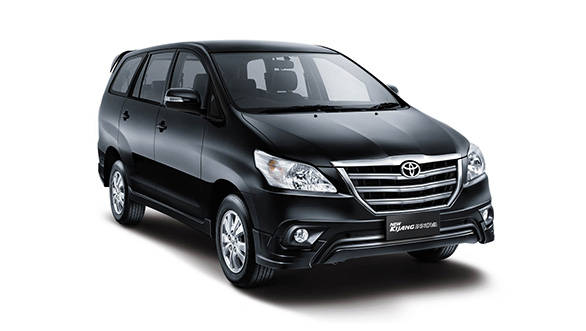 The freshened Innova which was recently launched in Indonesia includes revisions both on the inside and outside. The Innova now has a much bigger chrome grille which has three horizontal slats. The bumper is also new and while the Indonesian version has parking sensors at the front, we might not get the same in India. A newly designed air dam with redesigned pods for the fog lamps are also part of the package. The rear gets a thick chrome strip above the number plate with a spoiler rounding off the changes.  On the inside, the car gets better upholstery and a beige scheme. A new infotainment system and a roof-mounted screen are the other additions.

The powertrain options however do not change. The Innova will persist with the tried and tested 105PS 2.5-litre D4D diesel engine and a 2.0-litre VVT petrol engine that puts out 134PS. And of course there will be the CNG option as well. There is nothing confirmed, but the carmaker may bring in seven variants for the Innova, namely G, VX, GX and Z. The first three variants will have 7 or 8 seater options. The seventh variant, the top end Z, could get additions like leather seats and more features.

The Innova was first launched in India in the year 2005 and ever since has been a runaway hit. It was so successful that TKM only came out with an update for the MUV in 2009 which was basically a redesign to the lamps and bumpers. The current version which is on sale in India was launched in 2011 and competes with the likes of the Chevy Enjoy, Nissan Evalia and Mahindra Xylo. Expect the new Innova to carry a higher price tag than the current one. An all-new Innova and Corolla are expected sometime in 2015.

On the sidelines, our sources tell us that Toyota is most likely to bring in the facelifted Innova in India before the launch of the Fortuner. And this will be as early as this month or by the first week of October.

Read our comparo of the 2012 Innova with its competition here