The flagship offering of Toyota, the Land Cruiser 200, is all set to get a cosmetic update, which should be sufficient for the SUV to carry on till the end of its tenure and make way for the new-gen offering, that could arrive sometime next year. The images that you see here are believed to have been taken at a Japanese port, where the updated Land Cruiser 200s were being readied to be shipped to the Middle Eastern markets. 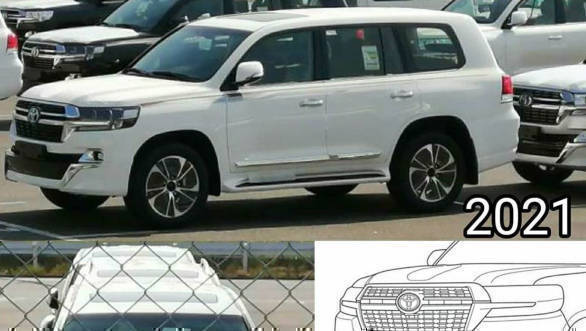 As a part of the update, it is the front which gets more tweaks in the form of the restyled projector headlights and a bolder bumper design. The grille design too has been updated with a twin-slat layout, along with additional chrome. The design of the alloy wheels has also been altered from what it was earlier. The overall treatment done to the SUV does not look too distinct compared to the one that was launched in 2019. While the images of the cabin were not revealed, it is expected to get the latest connectivity options, navigation and other features along with a larger touchscreen infotainment system. 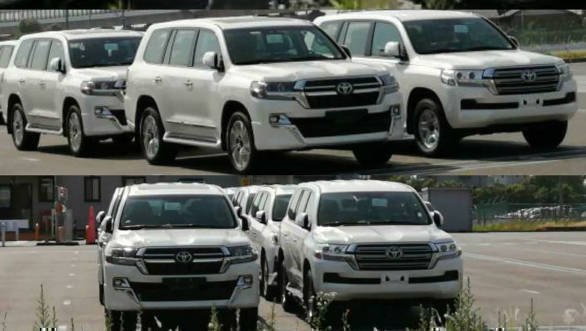 In its present form, under that large hood is a 5.7-litre DOHC 32-Valve V8 that makes 304PS and generates 440 Nm at 3,600rpm. It has been reported that Toyota could replace the V8 with a more efficient V6 mated to a turbocharger, without compromising on the performance of the SUV. Earlier this year, Toyota revealed a Heritage Edition of the Land Cruiser 200 for the UAE, equipped with 90s styled decals along the belt line, simple halogen lamps, orange fender-mounted sequential indicators and roof rails.