Jehan Daruvala's performance at the Toyota Racing Series in New Zealand has been particularly impressive. The fourth round of the series at Taupo was no different. Daruvala won the second race of the weekend, after starting fourth on the grid, breaking the circuit record along the way when he set the fastest lap during the race.

For the first race, Jehan was only able to set a time that was fifth fastest on the grid. The fact that all the drivers managed to get off to a good start, coupled with the fact that the positions remained largely unchanged during the race, meant that Jehan also finished the race fifth. Winning the race was Lando Norris, while Pedro Piquet followed him home in second. 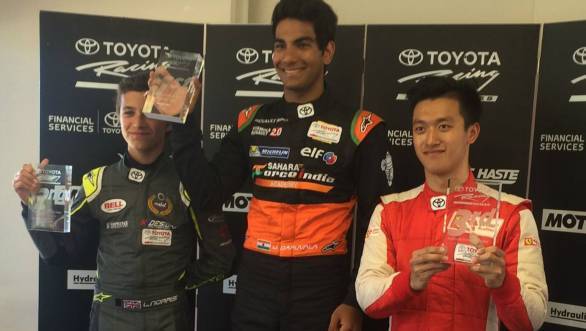 With the grid for Race 2 being reversed, based on the results of Race 1, Jehan started fourth. He made a good start and overtook two cars to move into second place. He wasn't able to hold onto that position though, with Guanyu Zhou of China overtaking him. There was a Safety Car period that followed, and on the restart Jehan made a terrific start. With four cars entering corner 1 side by side, Jehan managed to stick to the inside and took the lead ahead of the others. From there, he managed to clock fast lap times and pull away from Norris. With the race ending 2 laps early, Jehan won by 1.3 seconds from Norris, with Zhou third. Jehan broke the lap record at Taupo by two-tenths of a second.

The third race of the weekend didn't go well for the Sahara Force India Academy driver. Jehan started sixth and ended the race eighth. This means, with one round to go in the championship he is currently fourth overall.

The final round of the Toyota Racing Series will be held at the Manfeild Autocourse in Feilding, New Zealand. We'll let you know how he does. 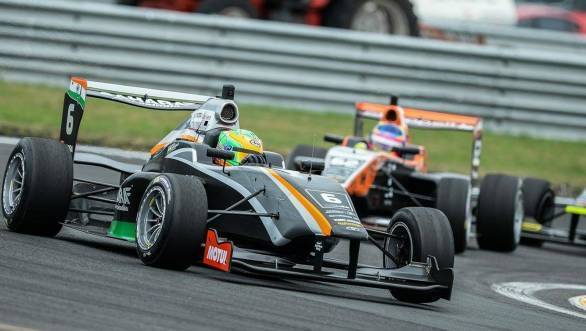