Toyota Motor Corporation has launched the Toyota Raize compact SUV in its home market. The prices for the Raize start at JPY 1,679,000 (Rs 10.9 lakh) and go up to JPY 2,282,200 (Rs 14.81 lakh). There are four grades available - X, S, D and Z with both front-wheel drive and all-wheel drive options. The Toyota SUV is also available through the Kinto One car subscription service. 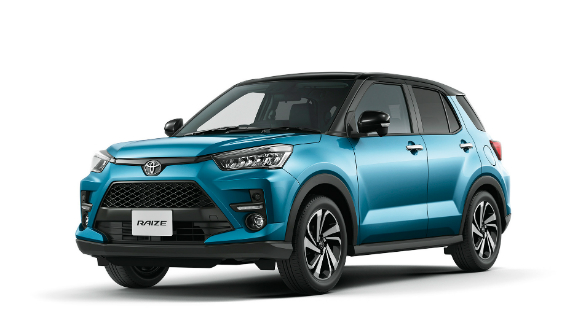 The Raize is Toyota's version of the Daihatsu Rocky that debuted at the 2019 Tokyo Motor Show. The Raize is based on the Daihatsu New Global Architecture (DNGA), another off-shoot of the TNGA that underpins most new Toyota cars. The Raize is 3,995mm long and 1,695mm wide and has a 369-litre boot. The Raize gets a low-set, large hexagonal grille finished in black, flanked by sharp intakes housing the fog lamps and LED DRLs. The slim LED headlamps and the contrasting float-roof are other aggressive styling cues. As in on the Daihatsu Rocky, we think the Raize will get an angular B-pillar, a set of aprons around the upright rear-windscreen and wide two-part tail lamps. Other notable bits on the outside are the 17-inch alloy wheels and the sequential turn indicators. Eight body colours are available with a two-tone option for three of them. 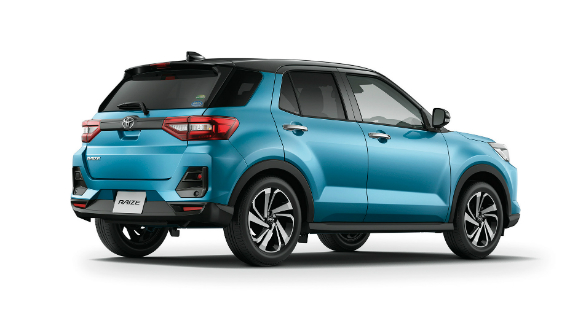 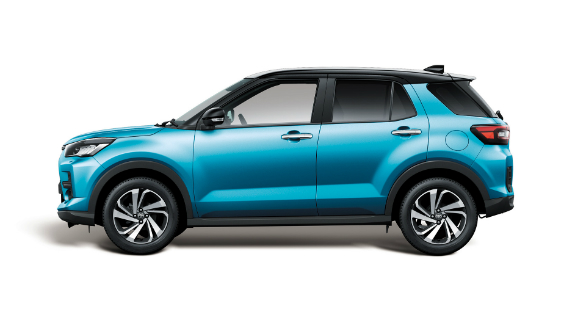 On the inside, the SUV comes with a nine-inch floating touchscreen infotainment system that supports Apple CarPlay and Android Auto, and a seven-inch digital instrument cluster which sits beside a digital speedometer. There are wide rectangular elements for the AC controls and vents, black trim with red accents and the centre-console is angled towards the driver. 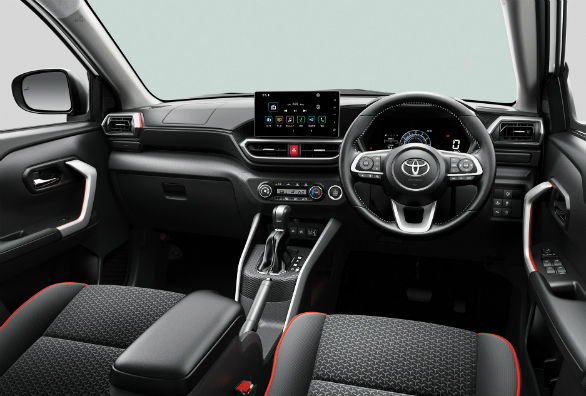 The Raize uses a 1.0-litre 1KR-VET turbo petrol engine that is expected to put out 98PS at 6,000rpm and 140Nm of torque from 2,400 to 4,000rpm. This is paired with a D-CVT (Dual mode Continuously Variable Transmission) for the first time in a Toyota car. This system combines gears and belt drive to allow for a smoother operation. As per the WLTC cycle, the FWD Raize has a fuel efficiency of 18.6kmpl while the AWD versions give 17.4kmpl. 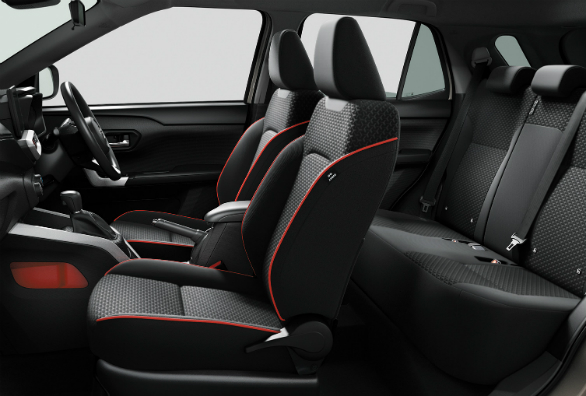 It isn't clear if or when the Toyota Raize will make it to India. However, as per the Toyota-Suzuki agreement, Suzuki is set to develop small cars with Daihatsu. This could well mean that the Raize may form the basis of the combine's next challenge in India's sub-four-metre SUV space.