Toyota Kirloskar Motors (TKM) today has recalled 44,989 units of its popular Innova MPV.  This is a part of a massive global recall which is covering 17.7 lakh units with faulty steering and seat locks.

This comes amid news that Maruti Suzuki is all set to recall a record 1.5 lakh Swift Dzire units. 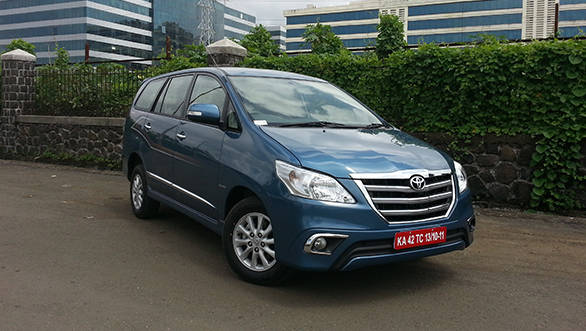 Toyota has recalled the Innova models which were manufactured between February 2005 and December 2008. The problem is found in the spiral cable mounted on the steering wheel which can get damaged during turning. This damage can lead to an airbag warning indicator flashing on the instrument cluster which should be seen as a precursor to the problem. This may also result in non-deployment of the airbag and increase the risk of fatality to the occupants.

Toyota is currently working on getting a replacement for the defective parts and once the solution is available customers will be contacted by authorized Toyota dealers which will the repair the defect without any charges to customers. Toyota says that the replacement work should take about an hour.