Toyota Japan sells a crossover in its domestic market, called the Harrier. It is basically a rebadged version of stablemate Lexus RX.

The 2014 model of this luxurious crossover gets a 2.0-litre 4-cylinder engine running with a CVT. There is a standard two-wheel drive or an optional four-wheel drive system. The mill generates 151 horses and a peak torque of 193Nm. The car claims to have a fuel efficiency of 16 kmpl in the Japanese cycle. There is also a hybrid variant that will come in later. It is equipped with a 2.5-litre engine in tandem with an electric motor to make a combined 196PS of power and 206Nm of peak torque. The Harrier Hybrid will get a four-wheel drive as standard. 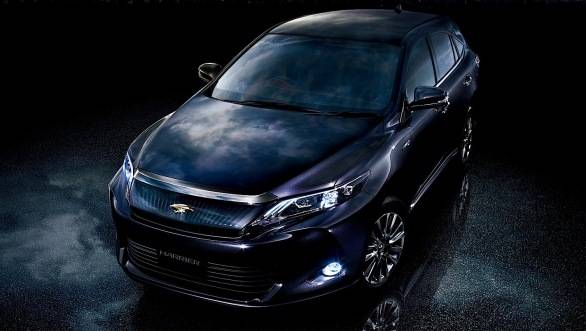 The 2014 model of this luxurious crossover gets a 2.0-litre 4-cylinder engine running with a CVT

On the cosmetics, the exterior tries to get a sleek look going with a chiseled front. The countered wheel arches and the elongated lamp assemblies add to the refreshed front fascia. The rear bumper seems low profile and there are combination rear lamps. On the inside, some stitching and wood grain inserts stand out. The cabin makes use on touch-sensitive buttons and focuses on ergonomic placement of the console and instruments. Seven exterior colors are available 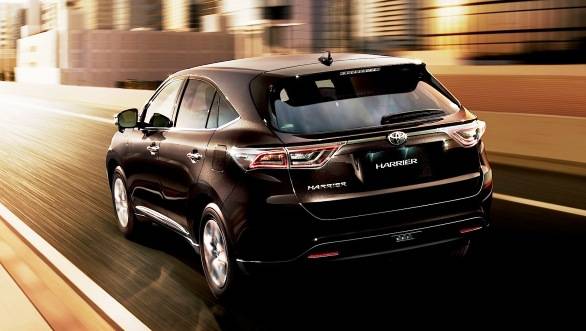 Toyota claims tweaked suspension and aerodynamic performance to improve overall comfort while driving and increases stability. Toyota is also providing new comfort features like a button operated hatch and also opening it to a certain height, power windows that sense an obstruction, multi-information display, which displays navigation, audio, and other information on the instrument panel, tilt and slide power moonroof and a wireless phone charger. Safety features include the Lane Departure Alert (LDA) and Pre-collision System amongst others.

The 2014 Harrier will be launched on December 2 in Japan while the hybrid will hit the market on January 15, 2014.

Take a look at this pretty self-explanatory video from Toyota's Japanese arm.