A lot of people talk about the sacrifices they've had to make in their lives, like it's the ultimate sacrifice. More often than not, they make these sacrifices for themselves. But what about sacrificing everything - your life - for someone else's future and safety, expecting nothing in return? That is the ultimate act of selflessness and sacrifice. That is the Indian Armed Forces. At OVERDRIVE, we make it a point to give these brave souls our utmost respect, and pay homage to the men and women that haven fallen in the battlefield. This month, we make our way to Wellington near Coonoor, Tamil Nadu, which hosts the Madras Regiment of the Indian Army and the Defence Services Staff College. Over there, is a memorial dedicated to the Indian soldiers who fought in war that a lot of people don't realise India played an important role in - World War II. 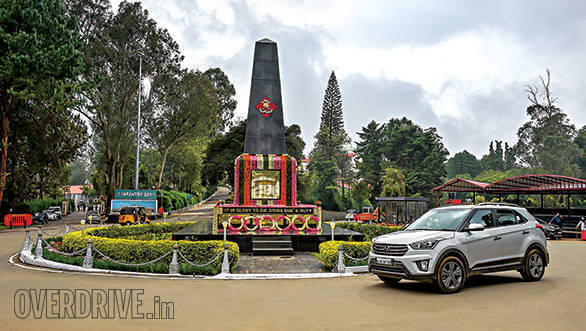 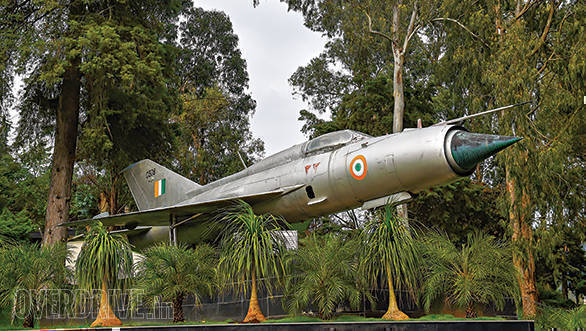 Our journey began in Bangalore, Karnataka quite early in the morning to avoid the horrid Bangalore traffic, and we made our way to Shoolagiri which is just on the other side of the Tamil Nadu border for a quick breakfast. Our next stop, which we were eagerly waiting for since it involved lunch, was Salem. But the super smooth highways were gobbled up by the Creta thanks to the super smooth 1.6-litre diesel engine, and we were covered the 140km to Salem in no time. We ate at the popular Selvi Mess, a house-turned-hotel, which serves some of the most delicious Tamil food you'll find. Once we realised we had overeaten, we were back on the road, and en route to Ooty. The road up to Avinashi was a four-lane highway, but after that, when you turn off towards Annur, the road narrows down to two lanes for 40km till Mettupalayam. From there, the climb up the Nilgiri Mountains starts. There are two ways to get to Ooty -- one is via Coonoor, and the other, via Kotagiri. While the Coonoor route is shorter, it also has a lot more traffic whereas the other route has significantly less traffic and lovely roads. And once again, the Creta, thanks to its sharp handling, ate up the miles like they were delicious dosas, and we were in Ooty by the evening. Event the slight rain which made the roads quite slippery, couldn't stop the car thanks to its traction control system. 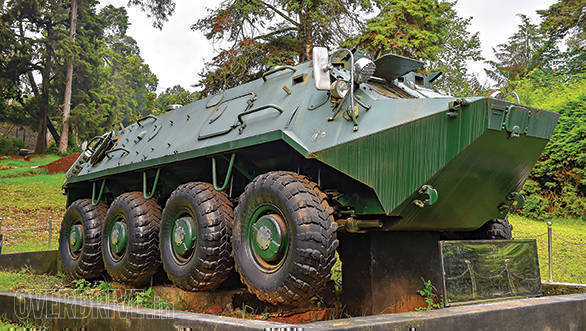 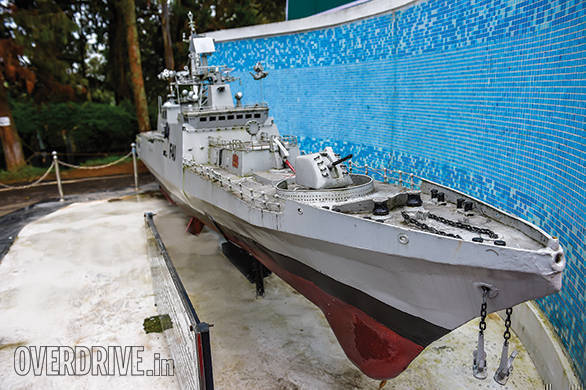 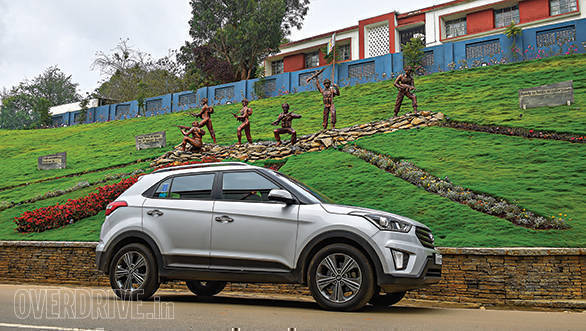 The next day we drove the 20km to Wellington, and made our way to the war memorial. It's placed right in the middle of a round about next to the Defence Services Staff College, and on that particular day, it was decorated with flowers to celebrate Infantry Day. We had just missed the celebrations, but not too late to catch the spirit of enthusiasm among the soldiers who were packing up the event setup. The memorial, which primarily pays tribute to the soldiers who fought in World War II, also has a plaques with the names of soldiers belonging to the Madras Regiment, who died in the Indo-Pakistan and Indo-China wars. The feeling of pride and gratitude we felt towards the Indian Army was overwhelming, especially when we read the words, "When you go home, tell them of us and say, for their tomorrow, we gave our today." On our way out, we also saw the Thambi Soldiers Park, a dedication to the fighting spirit of the Madras Regiment. It's a tiny, well-maintained park right across from the barracks, with bronze busts of soldiers in action. 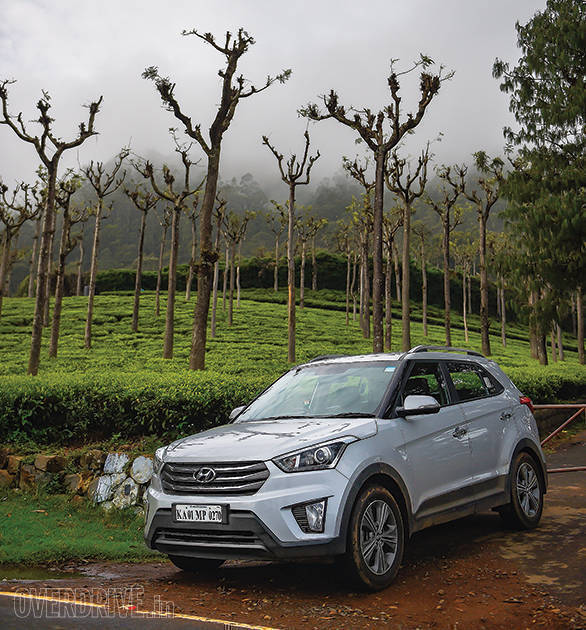 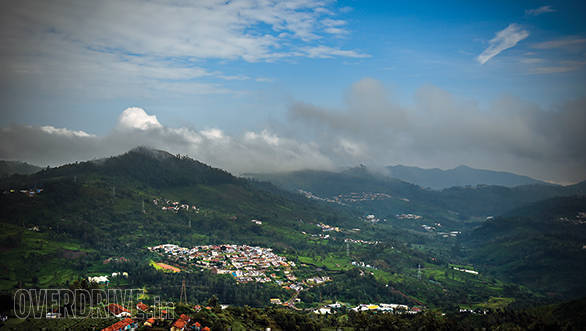 Our visit to Wellington, made us so proud of our country and our soldiers. It reminded us that out there, facing the biting cold and the blistering heat, are our brave men and women watching over us selflessly, asking nothing in return. It also reminds us of the harsh reality of war, and the horrible price it brings along with it. So while the Indian Army is out there, always ready for war, they're also constantly trying to maintain peace. 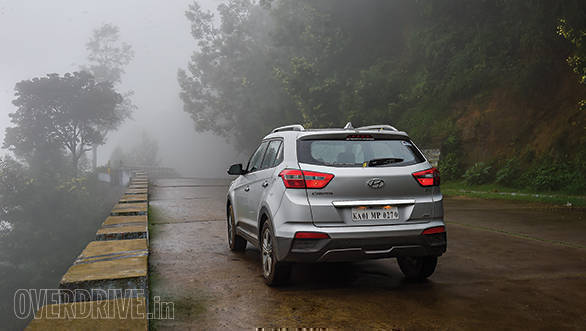 Here is our video feature capturing our special journey to Wellington