Triumph Motorcycles India has launched two new paint options for the Triumph Street Triple RS. With the new Crystal White or Matte Black options, the motorcycle gets no other cosmetic or mechanical changes from the model launched in October 2017. Positioned above the Triumph Street Triple S, the RS features a host of mechanical upgrades to justify its higher price tag of Rs 10.55 lakh (ex-showroom). The Street Triple range, according to the company, has been a good seller for them. Triumph Motorcycles India has also stated that the Street Triple range accounted for 701 units of its total sales since the introduction of the first generation was launched in India in November 2013. 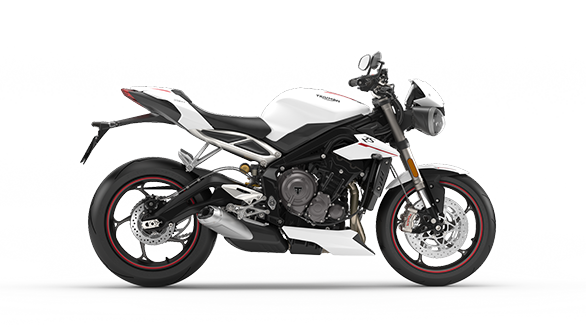 Changes on the design front include LED daytime running lamps incorporated into the bug eyes and a belly-pan fairing. The Triumph Street Triple RS comes powered with the same 765cc, liquid-cooled, inline triple cylinder in a higher state of tune here. Outputs stand at 123PS and 77Nm as compared to the 113PS and 73Nm on the Street Triple S. The power output brings the Street Triple closer to its arch rival, the Kawasaki Z900, which offers 125PS. The engine is mated to the same six-speed transmission, though the RS gets a bi-directional quick shifter as standard. 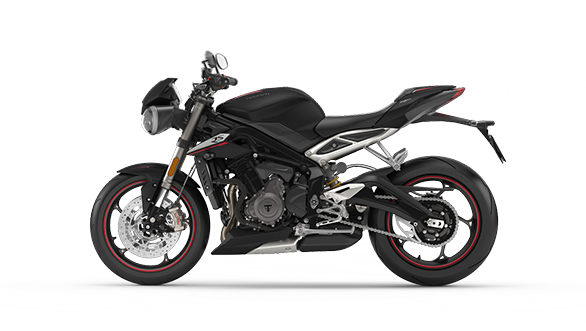 The RS also gets more electronics, including five riding modes ? Race, Track, Sport, Rider, and Rain. Traction control lets you select from four levels ? Road, Rain, Track and off. ABS allows you to choose from three settings as well ? Road, Track or Off. Each riding mode can be customised as well, allowing you to choose various levels for traction and ABS to suit your choice. 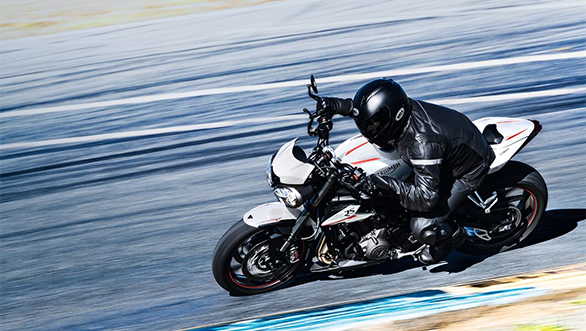 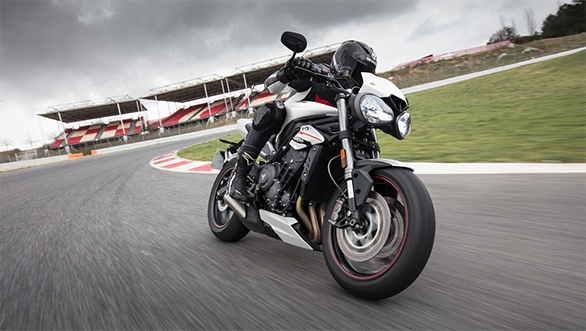