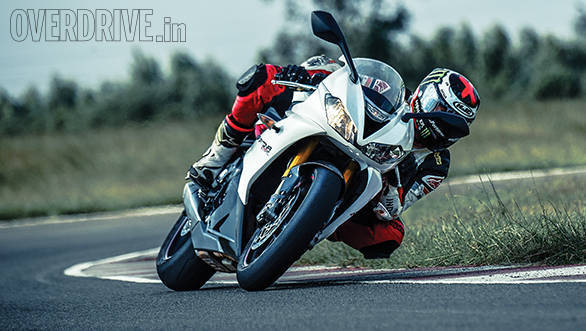 Ohlins Racing AB discovered that certain shock absorbers it made (rear units) had an assembly defect. The Ohlins website suggests that you can check if your part number (two alphabets and three numbers, like YA 340) and batch/serial number (six digits, like 136776) are listed as faulty at recall.ohlins.eu. We understand the flaw is related to a piston nut that could come loose and the shock absorber could disassemble leading to a crash.

Triumph India has started contacting its customers since yesterday afternoon, advising, as per the recall in the US and elsewhere, to stop riding the motorcycle until the suspension unit has been examined and fixed if required.
The Triumphs are not the only motorcycles affected by this recall globally. Also affected is the Yamaha YZF-R1M - this is on sale in India but no motorcycles have been delivered as far as far we know. Similarly, the CBR1000RR-S or the special HRC edition of the Fireblade - also not on sale - is also affected by the recall.