TVS Motors has pulled the plug on the slow selling Phoenix 125 motorcycle in India. The Phoenix was introduced in India in 2012 and was the rightful successor of the Victor 125. However, given the commuter-ish looks of the motorcycle, it didn't do well. After the BS-IV norms came into play on April 1, 2017, TVS finally stopped selling the motorcycle for the Indian market. Exports though will continue. 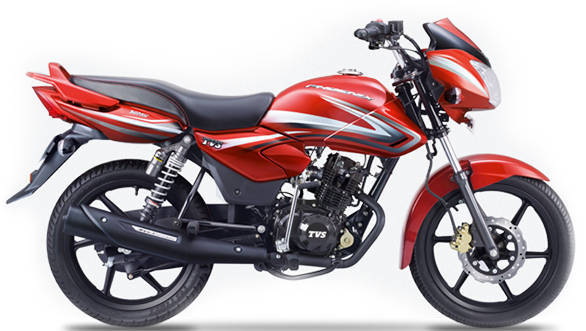 The TVS Phoenix 125 boasted a new 11PS/10.80Nm 124.8cc single-cylinder air-cooled motor. The engine was fed via a carburettor and transferred power through a 4-speed gearbox. The claimed fuel efficiency was 67kmpl. In our tests, we found the Phoenix to be a likeable motorcycle with nimble dynamics and a good ride quality.  At that point of time, it used to compete with the Honda Stunner and Hero Ignitor. It also had a semi-digital instrument cluster which looked quite cool and there was also the hazard lamp switch in place of the engine kill switch. Over the years while the competition moved on and either introduced updates to their existing range or even brought in new bikes, TVS never updated the motorcycle, save for bringing in new graphics.

It is expected that TVS might resurrect the Victor nameplate with a new 125 motorcycle. However, it seems unlikely this year as the manufacturer will be busy focusing on its Akula as well as the G310R-based bike.