UM is a Florida-based motorcycle company that has a number of motorcycles on sale in various countries including, most prominently Latin America. Now, along with an as yet unidentified partner, they plan to enter the 200-280cc market in India by September 2014. 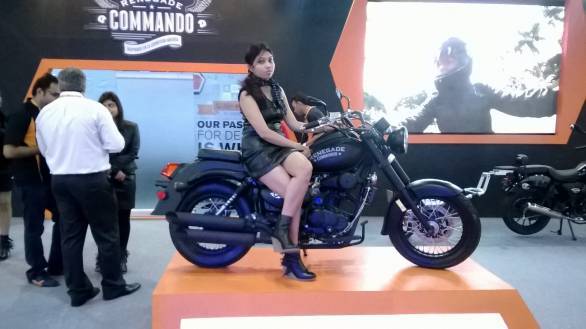 UM develops their own frames and styling but currently sources engines from China. They are currently tying up the homologation for the Indian range that is expected to be on sale before the festive season 2014. UM is also working out their Indian manufacturing plan. It is unclear whether they will install their own facility or more likely contract someone with excess capacity to manufacture for them in India. The company intends to have as much as 80 per cent localisation right from the start.

UM also intends to use India as an export base if possible and will enter the volume segment at a later date. The current plan is to sell their Renegade line of cruisers -  and Xtreet R sport motorcycles.

The Renegade Sport and Duty too have a single cylinder 4-stroke engine where the former makes 18.77PS of max power and 15Nm of peak torque and the latter makes  makes 10.97PS power and 10.53Nm peak torque.