Kia Motors' next big mass-market launch for India will be the sub-four-metre SUV you see here. The Carnival MPV will debut before this but is expected to cater a relatively niche audience. The small SUV, codenamed the QYi, is expected to come to market by the middle of 2020 and share quite a bit with the Hyundai Venue. 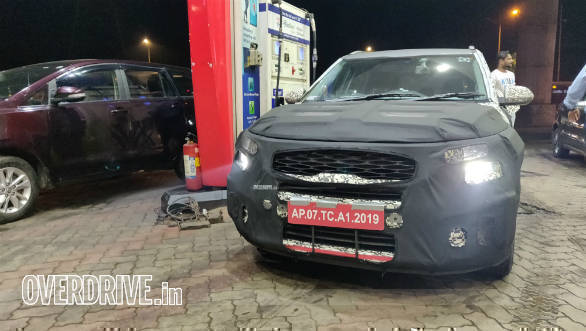 As with other Hyundai-Kia products, the Kia compact SUV is expected to differ quite a bit from the Venue stylistically. These pictures show that the Kia seems to have a squatter look, with a less-upright rear section. The glass-area too seems a bit more flowing, with two-part LED tail lamps with same ice-cube elements as seen on the Seltos. The front end seems to sport quite an aggressive face, with a high edge and dominated by a variation of the brand's Tiger Nose grille. The headlamps look like large squarish units in a two-part layout. We also think Kia will provide for a top-spec fully-kitted DCT/turbo GT-Line variant, given how this test mule seems to sport the GT-Line spec alloys from the Seltos. 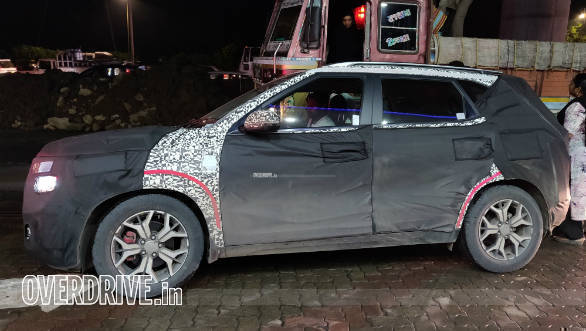 The interiors are expected to carry forward a similar feature set as the Venue but with some segment-first additions like a 360-degree camera, etc. But the design elements will carry a more Kia focussed theme with the different materials and finishes. We expect the same set of engines and transmissions to carry over. 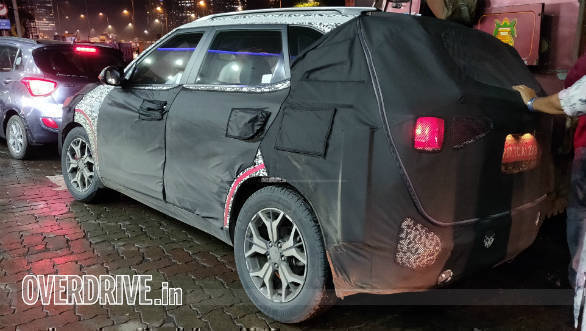 The Venue SUV gets two petrol and one diesel engines which are mated to two manual and one dual-clutch automatic transmission in various permutations. One of the petrols, is the new Kappa T-GDI 1.0-litre turbo. This 3-cylinder motor makes 120PS and 172Nm. The other petrol motor, for lower-spec cars, is the 1.2-litre petrol with 83PS and 116Nm, as seen on various Hyundai cars in India. The single diesel option is the 1.4-litre 4-cylinder turbo diesel motor which puts out 90PS and 220Nm, paired with a 6-speed manual.

The Kia QYi is one of six to eight cars Kia Motors wants to launch in the Indian market over the next three years.