Mercedes-Benz has revealed the refreshed 2018 S-Class at the Shanghai Auto Show 2017. The revisions as apparent from the press release are way too much for a mid-life facelift. This includes revisions to the looks, equipment, interior as well as the engines. 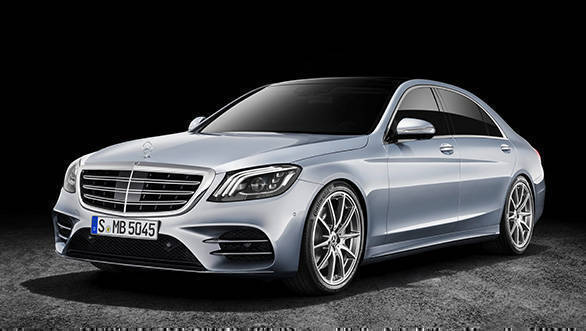 Looks: The new Mercedes-Benz S-Class gets a standard radiator grille across models unlike the 2015 version. This grille in fact is the same one as found in the previous V12 models. The headlamps as well as tail lamps have now been updated with the LED inlays. All models also get all-new front and rear bumpers while the V12 trims get extra scoops and creases.  The alloys too have been given the 20-inch treatment along with a new design. These however are optional on few trims. 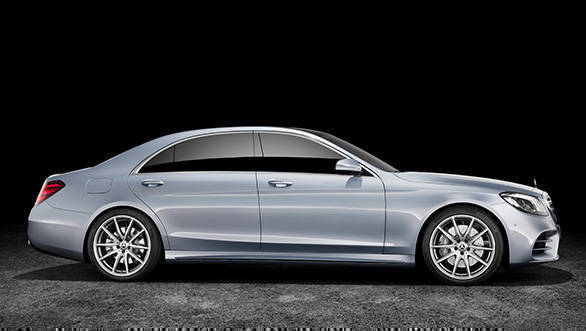 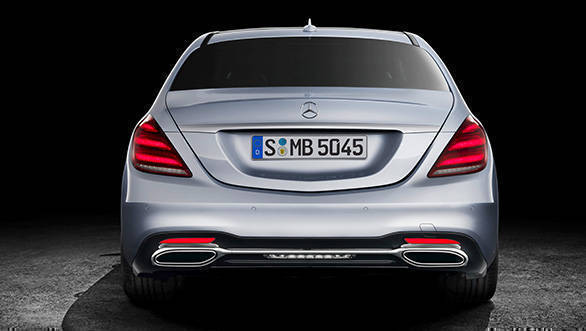 Inside the cabin, there is new upholstery, a new single piece glass display for the updated infotainment system, wireless mobile phone charging at the centre console and the new steering wheel with touch-sensitive buttons that control the cruise control as well as many other functions. 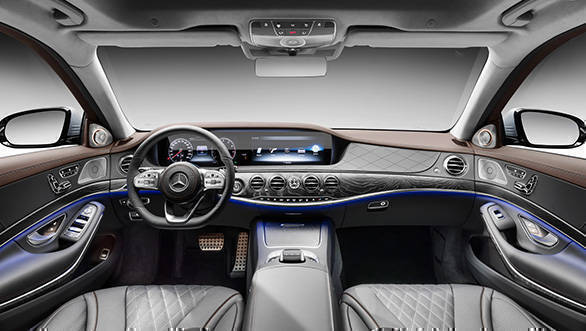 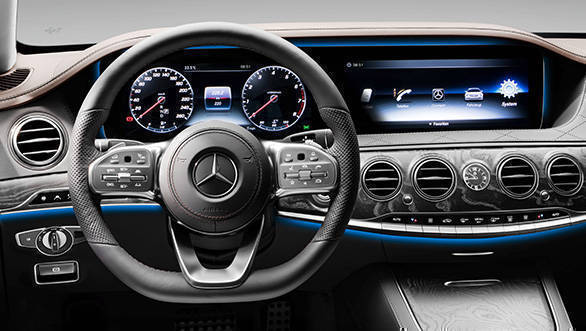 Features: Distronic Active Proximity Control and Active Steer Assist help the car adapt to the traffic around it better as well as help warn the driver of any oncoming cars or vehicles which ahead which have stopped. Traffic Sign Assist will help the driver recognise any potential pedestrian who may be a couple of kilometres ahead at a crossing and warn the occupants of the car of his presence. Remote Parking Assist will steer the S-Class into tight parking spots via a smartphone app. This in turn ensures that the driver can literally stay outside of the running car but still be able to park it safely. The Road Surface Scan system which constantly monitors the road ahead to adjust the vehicle for a smooth ride is now operational up to speeds of 180kmph. The Curve function ensures that  car tilts to the inside of the turn by up to 2.65 degrees, thereby passing on less G forces to the occupants while negotiating a turn. 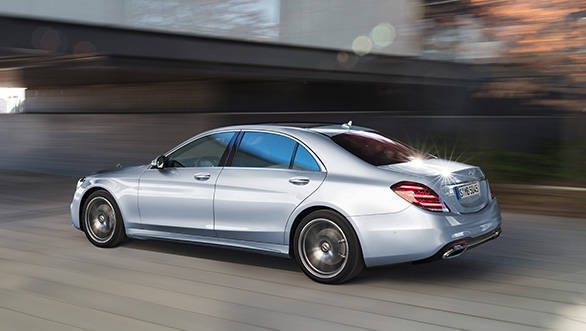 Engines: Mercedes have also added a mix of new as well as updated engine. This include the all-new 3.0-litre V6 engine that comes in two power outputs - 286PS/600Nm and 340PS/700Nm. Mercedes claims that while this engine is more powerful than the outgoing 6-cylinder unit, the fuel economy has improved by up to seven per cent. Making it to the list of new engines is the petrol 4.0-litre turbo that makes 469PS/700Nm. Updates have also been made to the S 63 AMG's engine that now makes 612PS/900Nm. Mercedes has ditched the 7-speed automatic to the much modern 9-speeder. There are also new 6-cylinder as well as plug-in hybrid engines reserved for the S-Class at a later date this year. The Maybach trims too get the 4.0-litre V8 motor as standard but feature certain changes to the exterior design like the placement of the logo as well as the extra girth. 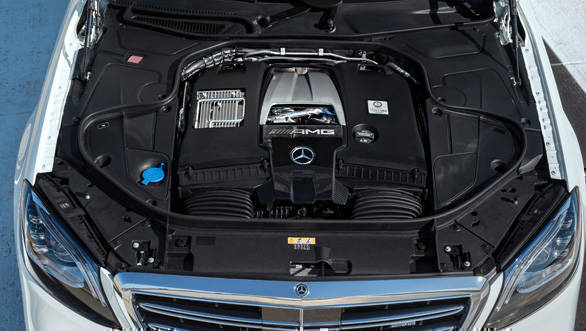 Mercedes-Benz hasn't revealed anything about the dimensions of the new S-Class and going by the images, they look like the standard car and not the LWB. Expect the LWB to debut at a later date . There is no word yet on when the new S-Class comes down here