BMW's i3 and i3S electric vehicles have been revealed at the 2017 International Motor Show in Frankfurt. BMW will start global sales of both the vehicles in a few months from now. India is also expected to be a part of this strategy. BMW India already sells the i8 here. The BMW i3 range headlined a sweeping set of announcements centered around BMW's concerted push into electromobility that began in 2013 with the first i3, as the company reminded everyone at  the International Motor Show in Germany. 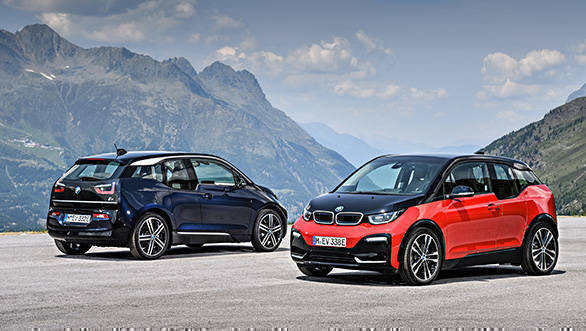 The BMW i3 uses a 170PS/250Nm electric motor that propels it from 0-100kmph in just 7.3 seconds, with a top speed of 150kmph. The claimed range is 253km on a single charge for the new i3. The sportier BMW i3S gets a 186PS/270Nm electric motor and 0-100kmph comes up in 6.9 seconds while top speed is limited to 160kmph. The BMW i3S, despite the increase in power, can still do up to 243km on a single charge. At moderate speeds, the BMW i3S represents an improvement of up to 40 percent over the i3 in terms of power and torque delivery.

The BMW i3 and i3S derive their energy from a 33kWh (94Ah) lithium-ion high voltage battery. If you opt for the range extender models, you get a 39PS petrol engine that drives a generator which charges the battery. This can extend each model's range by as much as 148km. 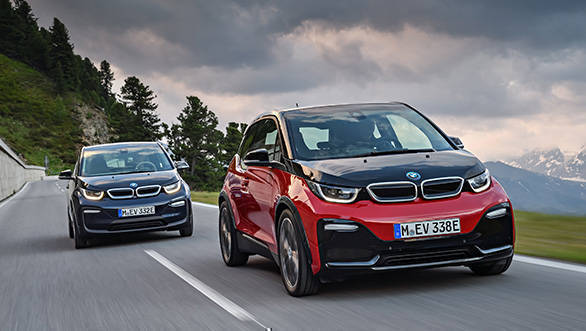 The BMW i3 and i3S get full LED headlamps, turn signals and DRLs

Apart from the motor, the BMW i3S gets other changes too. The sport suspension comes with special springs and dampers, and employs anti-roll bars. This makes the i3S sit 10mm lower than the i3. The 20-inch wheels that come standard and exclusive to i3S are 20mm wider, giving the i3S a 40mm wider track than the standard i3. They can be had in a two-tone or an all-black colour scheme. 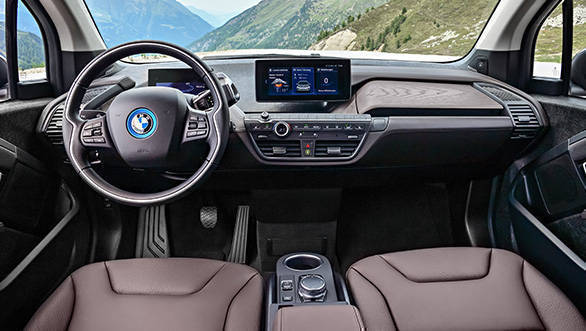 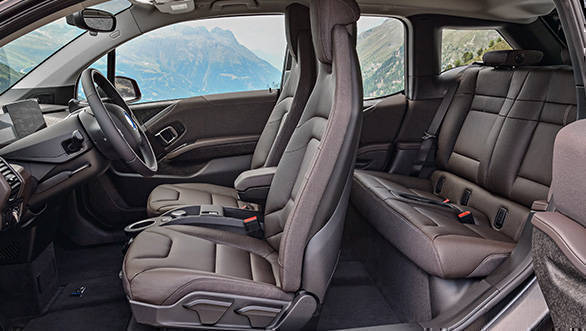 Both, the BMW i3 and i3S, come with LED headlamps as standard with LED DRLs. Also standard are LED turn signals that are integrated in the bumper in the form of horizontal strips. A black stripe runs from the bonnet over the roof to the rear of the car. This is complemented by A-pillars that sport the same black finish. The signature kidney grille meanwhile, is painted in high-gloss black.

More than 80 per cent of the visible surfaces are made from either recyclable materials or renewable resources. The passenger cell is made from carbon fibre-reinforced plastic, which makes it light and stiff. The removal of a transmission tunnel and the use of doors that open in opposite directions, increases cabin space. The infotainment system is a 10.25-inch touchscreen system that comes with navigation. It also has voice recognition that optimises itself the more you use it. With Apple CarPlay on board, you can pair your smartphone too.