George Francis, veteran Indian motorsport photographer, has passed away at the age of 57 in Chennai, following a brief illness.

Francis covered motorsport in the country since the early 80s, having first attended a motorsport event at Sholavaram in 1984, after which he quickly abandoned his plans of becoming a priest, and took to photography full time. He founded Scorp News that same year, and soon became a permanent fixture at motorsport events - both races and rallies - around the country. George's last major assignment was the MRF Challenge at the MMRT in Chennai this year. 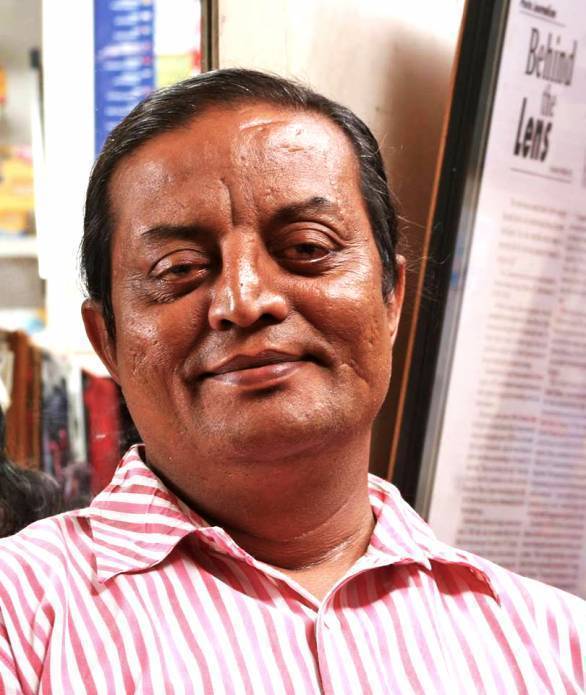 The late George Francis, of Scorp News, who painstakingly documented Indian motorsport through his photography between 1984 and 2019

George's photographs have been carried in every major publication in India, and he would stop at nothing to get a good shot. Back in the days when event organisers didn't arrange transport for photographers, he would travel by any means, often hitchhiking and walking for miles, to get to a suitable vantage point from which to shoot. At a time when there weren't too many photographers at racetracks, George was able to document a period of Indian motorsport very accurately. And, over the course of a career that spanned over three decades, he had amassed detailed archives that are a treasure trove - full of images of the country's top racers and rally drivers.

Not only was George passionate about both motorsport and motorsport photography, but he was also quick to pass on that passion. Cub reporters at racetracks could always count on his advice and help, which he doled out cheerfully. And he never hesitated to make an introduction and help younger journalists secure an interview that they'd been hoping to get, but didn't know how to go about acquiring. He also inducted numerous photographers into his company, often seeking people who were from other walks of life, and were in need of employment, transforming them into fine photographers.

OVERDRIVE's Consulting Editor, Bob Rupani, says of George, "If you went to any rally or race in India from the mid-80s to the mid-90s, George was there. Clicking away in the midst of all the action while happily sharing a laugh or a drink later in the evening. He rarely missed an event in this period and got some amazing photos, which he was ever-willing to share with all publications. George was easily India's most prolific motorsport photographer. May he rest in peace and always have that camera handy."

George is survived by his wife and son.

The Indian motorsport fraternity will miss him very much.