Victory all set to return to Pikes Peak

After debuting at the Pikes Peak International Hill Climb last year, Victory is all set to make another attempt at taming the mountain this year. But unlike last year when the sole entrant from the company was the Roland Sands built Project 156, this year will see two motorcycles taking part. The first motorcycle, of course, is the Project 156. The Project 156, named after the 156 corners that the hill climb has, is a racing prototype that has been designed and built by Rolands Sands specifically for competing at the hill climb. The motorcycle uses a prototype V-twin with four titanium valves per cylinder and 67mm throttle bodies which is housed in a custom designed racing chassis. Last year, the motorcycle was ridden by Don Canet, editor of Cycle World. This year the motorcycle will be piloted by Jeremy Toye who won the hill climb in 2014 atop a Kawasaki. 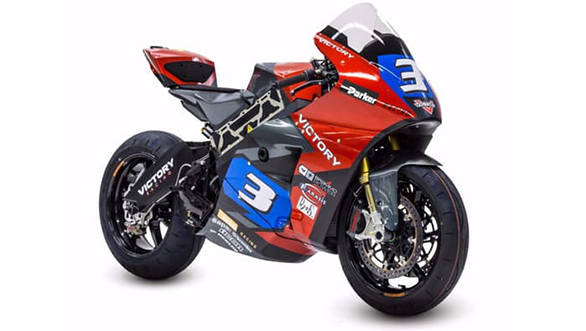 The second motorcycle is what has us all excited. Victory will be entering a prototype of the Empulse RR at the event. If you remember, the Empulse RR is the same bike that Guy Martin rode at last year's Isle of Man TT. At Pikes Peak, the prototype will be piloted by Don Canet, making this Don's third attempt.
Last year, the Project 156 was unable to finish after Don crashed in the first half of the course. This was following another crash during one of the practice runs a few days earlier. Following the crash, Don did manage to get going again, but the motorcycle packed up for good towards the end of the course, resulting in a DNF. Don will be hoping to get everything just right this time around and so will Victory. Especially now that they have two motorcycles running.