Motocross, as any form of motorcycle racing, is dangerous. But the added challenge here is that while in other forms of racing keeping both tyres on the ground is of prime importance, the principles of motocross racing are entirely different with all the sliding and high-flying action. Now, imagine a four-year-old riding circles around you on his mini motocross bike. California, US toddler Jaydin Smart is doing exactly that in this week's video worth watching. Not only has the boy taken to the dirt early, but he receives his racing genes from his parents, who are both motocross riders. The family lives on a ranch with their own motocross track and riding on it is part of Jaydin's daily routine. 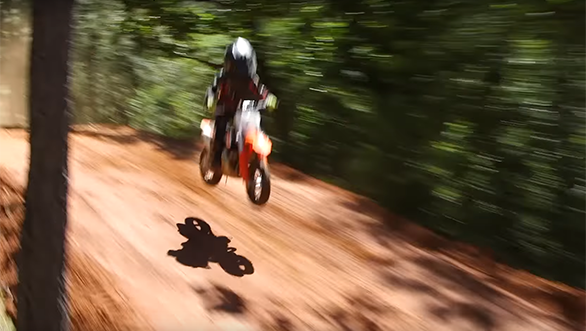 His mother Jocelyn says that the child spends about 30 hours a week practicing his riding. Jaydin has been using this practice at home to his advantage and won his first medals before he even turned four. The parents also talk about facing flak from strangers on social media about 'deliberately putting their child in danger', and Jaydin's father Patrick has a simple explanation for all their critics. The following video shows Jaydin in action at his family's motocross track, and if you happen to find a four-year-old being more awesome and skilled than him, please write to us.